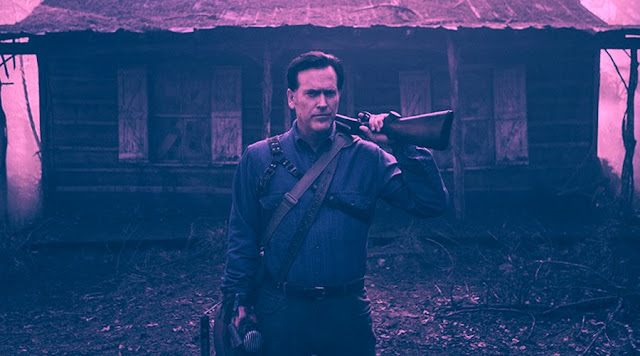 Bruce Campbell was at Fan Expo Vancouver this past weekend. During his Q&A panel, he gave fans an update on when production might start on the new 'Evil Dead' movie and it's potential future.

Campbell, better known for his marvellous character Ash in the Evil Dead franchise, admitted that although a new Evil Dead movie is well underway, the future of the franchise will be Ash-less. However, Campbell will be a producer and assist with the casting of the future projects. This is what he had to say when discussing the future of Evil Dead;

"We're producing more Evil Dead movies. Maybe one later this year. Sam Raimi's hand picked the next guy to make another creepy Evil Dead film. It just won't have Ash. There are more stories to tell." Campbell went on to add, " This is the year of writing, developing and pitching".

Anyone else excited about the future of Deadite? After the 2013 remake I for one am looking forward to what the future holds for the franchise and all its wacky violence.