Everything We Know About 'Halloween Kills' So Far 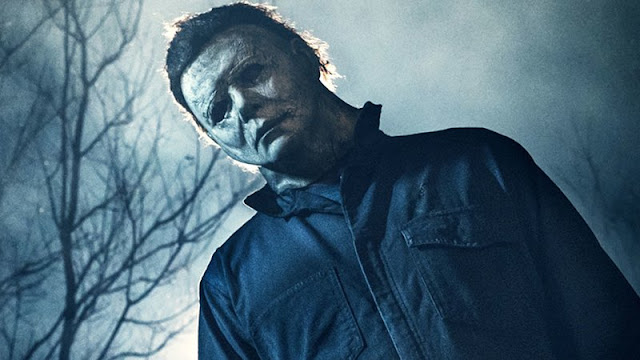 October feeling like a long time away for you too? Yeah same. The not-so long awaited follow-up to 2018's hit 'Halloween' is getting not one, but two new movies following the events of the new cannon. 'Halloween Kills' and 'Halloween Ends' is set to take over our pumpkin infused holidays for the next two years, and quite frankly I can't wait.

Aside from a brief teaser released on October 31st, very little information or footage has been released on the upcoming 'Halloween Kills', and quite frankly I am finding it increasingly more difficult to not get fiddigety over the lack of released info.

Now, I am aware through certain leaks and some set photos pretty much give away exactly what to expect (a Halloween II inspire sequel, anyone?), but here is what the stars and creators have had to say about the hotly anticipated sequel.

UPDATE: Co-Writer Scott Teems spoke with Bloody Disgusting a few days ago to give them a (very brief) lowdown on what to expect from the upcoming Halloween 2018 sequel. Whilst he gives very little away, and practically reiterates everything that has been said before, having the creators even talk about Halloween Kills is exciting enough to make me eek a little. Here's what Teems had to say;

“I really can’t say anything about it, but I am really excited about it. I saw a rough cut of it a few weeks ago, and I’m a little biased, but my gut says that people that like the last one will be very excited about this one,” Teems told the site. “It’s like the first one on steroids, I guess.”

Jason Blum also spoke with Too Fab to enlighten us with some new, mouth-watering information on Halloween Kills, enough to get my tastebuds tingling. He had this to say;

"Halloween is a very BIG movie! The canvas of Halloween Kills is very large"

"We have to make the natural progression from 1978 to 2018 to Halloween Kills – the ante has be upped,” Courtney told the site. “The ticking bomb has to be more intense. Otherwise we’re just doing what we’ve done before.”

He continued, “We pumped up the volume on this one.”

“We’ve progressed late into the night, and now that everybody realises what the stakes are…it’s reaching a head. It’s [the 2018 film] on speed.”

Prior to this, Robert Longstreet the actor behind the now grown-up Lonnie gave us an insight into the man Lonnie has grown up to be, after that unfaithful night in Haddonfield 1978. He had this to say;

“Lonnie is a complicated, troubled guy who is haunted by his past,” Longstreet explained. “Particularly chickening out on going into Michael Myers’ house when he was a kid. I think this broke something in him that fucks with his manhood. The Elam family is very unorthodox. They love drugs and alcohol more than most. David said a funny thing to me about that. He said ‘Lonnie knows his wines.’ Ha!!! I don’t think I’m a very appropriate father but I love my son.”

“I don’t think I can say anything about Halloween Kills except it might be the nastiest of all of them. It has some terrifying scenes in it.”

We also know that Paul Rudd gave his blessing to new Tommy Doyle actor, as he carries the torce and takes Tommy Doyle further, with hopefully more faithful results than his strange portrayal in Halloween: Curse of Michael Myers. Compliments from Jamie Lee Curtis herself on the "Absolutely Fantastic" performance of Kyle Richards as Lindsey Wallace has already got me hyped for her modern day portrayal, adding a very sweet cherry on top of what already seems like a delicious pumpkin flavoured cake.