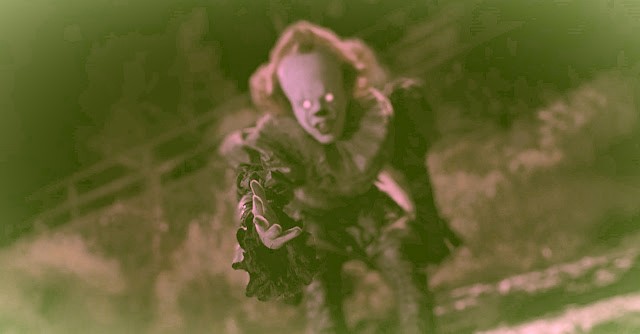 Defeated by members of the Losers' Club, the evil clown Pennywise returns 27 years later to terrorise the town of Derry, Maine, once again. Now adults, the childhood friends have long since gone their separate ways. But when people start disappearing, Mike Hanlon calls the others home for one final stand. Damaged by scars from the past, the united Losers must conquer their deepest fears to destroy the shape-shifting Pennywise -- now more powerful than ever.

First things first, let’s just establish the elephant in the room. The best that is It: Chapter 1. Can we all just be realistic for a second ? In no way shape or form was anyone expecting Chapter 2 to surpass the sheer enjoyability and craftsmanship that went into the birth of Chapter One, it’s already deemed a genre classic for god sake. We all know Chapter Two couldn’t surpass it, it just seemed increasingly impossible the older Chapter One grew - which performs like a blue cheese, becoming increasingly more tasty the more it ages.

This might have something to do with the gleefully charming banter from its younger cast, or the simplistic chilling depiction of our new rebooted villain Pennywise. Either or, it left us starving for more, drooling for a sequel like Pennywise does for a frightened child. Our expectations were high - probably a little too high. Now, I can only speak for myself when I say that aside from a few little bumps on the road, It: Chapter Two was absolutely worth its wait in gold... well, more like silver. Albeit, still worth the wait all the same.

At a lengthy time of nearly 3 hours, one would think this is a studios attempt at butchering its elaborate second parter, with a massive budget and an unshakeable urge to cash-grab. Now, this might not be completely untrue, but there is no denying Chapter Two is an entertaining romp that delivers on its expectation with bold and bezerk results.

The pacing here may feel off, with Andy Muschietti clinging too hard onto the kids from Chapter One. This only deflects from the talent of the adult cast, making their current story arks feel more of an after-thought as opposed to the centre-piece of the narrative. That being said, each character has their moment, and each brings individuality to the table, which makes for an often funny and entertaining endeavour that makes its long run-time feel necessary. Albeit still really fucking long.

The horror and all of the Pennywise-centric moments here aren’t as chilling as Chapter One, with its heavy use of jump scare over dread, CGI over practical. However, Pennywise is still effective as we relish in the obscure and batshit bonkers moments he adds to the run-time. It’s devilishly entertaining, which is surprising given the extremely disturbing opening scene revolving around a violent  homophobic attack. This was Muschietti’s way of letting us know right out the gate he isn’t fucking around, and as you watch as the film progresses deeper and deeper into madness and thrilling chaos, you realise Chapter Two is a worthy conclusion of horror cinematic deliciousness.

VERDICT
Chapter Two severely lacks the scares of the first, with a runtime that proves a little too excessive - 2019's Pennywise outing is still a worthy adaption and final chapter to the beloved King tale, warts and all.