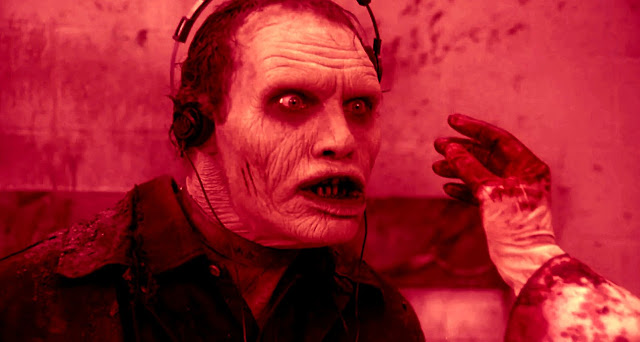 News has broken out that Syfy has managed to get a hold of the rights to George E. Romero's Day of the Dead, and will be taking the classic zombie story to the small screen. Remaking Day of the Dead has proven most unsuccessful, as proven by the formulaic 2008 version, as well as the drab 2014 rendition. Perhaps adapting this for our television screens may have a different effect, but here is a list of reasons why we should finally be excited about this upcoming TV reboot.


1. Better than the Remakes
If there is one thing to take away from the terribly lackluster remakes, it's exactly what not to do when handling a delicacy like Day of the Dead. Despite having to endure not one but two squandered attempts at rebooting a classic, positives can be taken from them as Syfy now have a blueprint of how bad this can be, and can learn from it. DotD was remade it two very different manners, one taking on a new, modern, frantically-paced version that closely resembled Synder's Dawn of the Dead without any of the creativity or flare. The other being a too literal representation, which is as lifeless and dead behind the eyes as its shuffling undead.

Neither remakes are worth their name-sake, both lacking in the cold aesthetic and haunting visuals that litter Romero’s original. There is more to DofD than zombie kills and gore, it’s also very much about tension within those concrete walls, and the antagonists that exist within them.  There is a golden opportunity to tap more into the angst within the bunker, presenting itself with characters nastier than the dead outside. Yes, the gore is very much important, it’s more about marrying these two vital elements together to authentically capture Romero’s essence, as if this fails, welcome to the third bad remake within the Day of the Dead title.


2. Re-Introducing Bub
Bub suffered from the remake treatment before, and it wasn’t a true representation of the zombie protagonist we all know and love.  Bub is very much the heart and soul of Day of the Dead, bringing a whole new approach and meaning to the zombie franchise up until that point. Bub was incredibly charming, quite enigmatic in his portrayal, a character we both pitied and rooted for, despite being a walking undead flesh-eater. Quite the paradox really considering the dead is what we are to fear with these movies, hence the beauty within Day. It is the humans who are the antagonists here, but despite this, the zombies and Bub himself always feel like a threat, and to craft but a dangerous and sympathetic character like Bub is really a nod to the brilliance of Romero’s creativity and style.

Syfy’s biggest mistake will be the mistreatment of our beloved Bub, and it will suffer the most if his character is not portrayed with accuracy or adapted in a way in which he is completely original. It is important that he remains both likable and creepy, as that’s the charm, but anything remotely like his 2014 version then that might be a cue to stop watching.

3. More Gore!
Tom Savini's effects in Day of the Dead are undeniably fascinating and fantastic, boasting some of the best and most influential zombie effects and gore of all time. So good that many still pay homage to his work, having iconic zombies like Bub and the guy with no lower jaw from the opening scene scattered through episodes of the Walking Dead; they're that iconic. So it's important that his legacy be upheld, and that the new TV series taps into all the goriest glory of the 1985 original, and creates some brand new zombie kills to entice our desensitised modern audiences.

Audiences demand more! We crave it. More blood and more guts, especially when your brain-hungry friends are involved. CGI gore or kills should take a back seat, and not rear its ugly head at any point through this new remake, as that in itself tarnishes the essence of what Day of the Dead is, and what makes it a stellar zombie movie. Petition to get Savini back behind the masks anyone?


4. Learn from The Walking Dead's Mistakes

On to the big elephant in the room that is The Walking Dead. Running for over 10 years, with multiple spin-offs on the go, it’s easy to establish the monuments effects of the hot zombie show, especially in its earlier years when it was a serious force to be reckoned with regarding the show's ratings. Racking in 15 million per episode come Season 5, The Walking Dead at
that point was bold, graphic and nerve-rackingly intense. However, the show clipped its own wings once it left us on a Negan cliff-hanger, and it’s never been the same since.

The show suddenly became too melodramatic and tiresome for the audience to handle, and began rehashing the same material until it was as lifeless as the dead littering their universe. It became a chore to watch, which is a far cry from what the show used to be praised on. The Walking Dead was no longer daring and lacked the distinct originality of its earlier seasons, but worst of all it made the number one crime in making its “walkers” irrelevant and no longer a threat. Yes, a post-apocalyptic show is about the character's survival, but to undead threat is the most vital organ, and without it such a show can lose its purpose and attraction. Romero’s films were always about the characters, but most of all was about the undead, and fans like myself simply can’t tolerate when our main attraction is no longer scary or no longer poses a threat.

Whilst The Walking Dead may have burned its last bridge, shows like Kingdom and Black Summer and back pumping the sub-genre full of adrenaline and verve, and it’s that level of reinvention or originality that is vital in the success of the zombie Tv sub-genre. Move over Walking Dead, there’s some fierce competition in town!

5. Potentially Starting an 'Of The Dead' Anthology Series
I know this is a risky topic, but hear me out! I think now is a golden opportunity for the Of The Dead franchise to make its return. The Walking Dead dominated zombie horror on TV  for nearly 10 years (which we will get into in no. 5), and although it was one of the best shows on television, that can no longer be said for the show now due to its extensively tedious turn of events. Nobody wants it anymore, as after a while the show quickly became stale, making the undead lifeless once again.

Here is the perfect time for Romero-Esque zombies to make its way to TV, to once again prove that there is still a pulse in the zombie genre, and to show them how it’s really done. A back-to-basics formula may be exactly what the sub-genre needs, and also as a reminder of how deadly and terrifying Romero zombies can be. An Anthology type series that exist within the same Romero universe would be a great resurrection of his original source material, re-creating his iconic universe for a new generation of horror lovers.

There would be plenty of potentials to show you the simplistic threat within humans, as well as zombies, and with Romero’s distinctive themes of race and social class could integrate into the show’s contemporary narrative as seamless and effective as it was back in 1968. Nobody made zombie flicks like Romero did, so I think it’s time to re-introduce him to the world, Creepshow-style.

Well, there are my 5 reasons why the Day of the Dead Tv remake and the future of Romero's films are something to be excited for! Agree or disagree? let me know in the comments below!