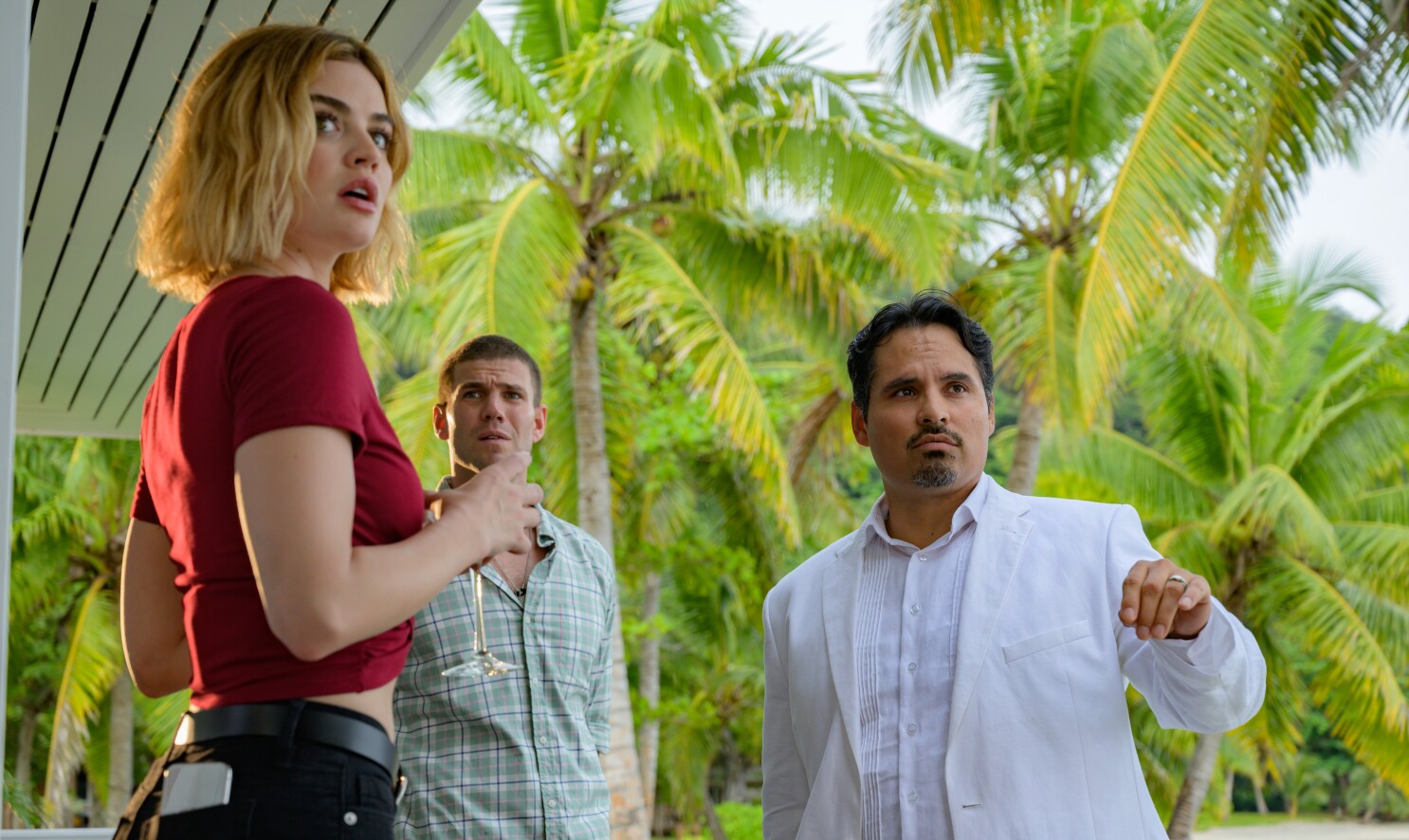 VERDICT
Word to the wise; like Truth or Dare, if Blumhouse attach their name onto the front of a film title like they're Clive Barker, save yourself time and avoid it. This is one getaway you definitely want to cancel.

A group of competition winners are invited to live out their wildest dreams and wishes when they arrive on Fantasy Island. The enigmatic Mr. Roarke makes the secret dreams of his lucky guests come true at a luxurious but remote tropical resort. But when the fantasies turn into nightmares, the guests have to solve the island's mystery in order to escape with their lives.

Blumhouse is a strange one to predict when it comes to pumping out quality horror films. Jason Blum cleverly orchestrates a plethora of films on a tight-string budget, allowing some breathing space in the (un)likely case that one of his films is a flop. Normally, this is not the case as Blumhouse is prone to releasing the odd PG-13 horror movie every now and again, and strapping that age restriction on any horror already racks in the doe.

This, however, has no accounting for taste, as fans like myself can often be left puzzled by the fodder that is pumped out of the Blumhouse canon a few times a year. With quite the eclectic resume of films under its belt, we were treated to the likes of Halloween, Get Out and debatably The Purge, and with the brilliant The Invisible Man coming out so recently, it's truly baffling how a film like Fantasy Island is also the product of the same company.

No production company or director is perfect, as we are often exposed to some atrocious pieces of work from our most-trusted filmmakers (with the exception of Jordan Peele duh!). Blumhouse is not to be excluded as it isn't uncommon for them to pump out at least one absolute stinker a year, films that could easily go down as some of the worst the genre has to offer. Blumhouse itself is largely successful overall, and very rarely releases an all-out disaster; but if you see that dreaded brand stapled onto the start of a film title ie. Blumhouse's Truth or Dare, and Blumhouse's Fantasy Island, know that what you're about to endure will be 100 minutes of mind-numbing torture. 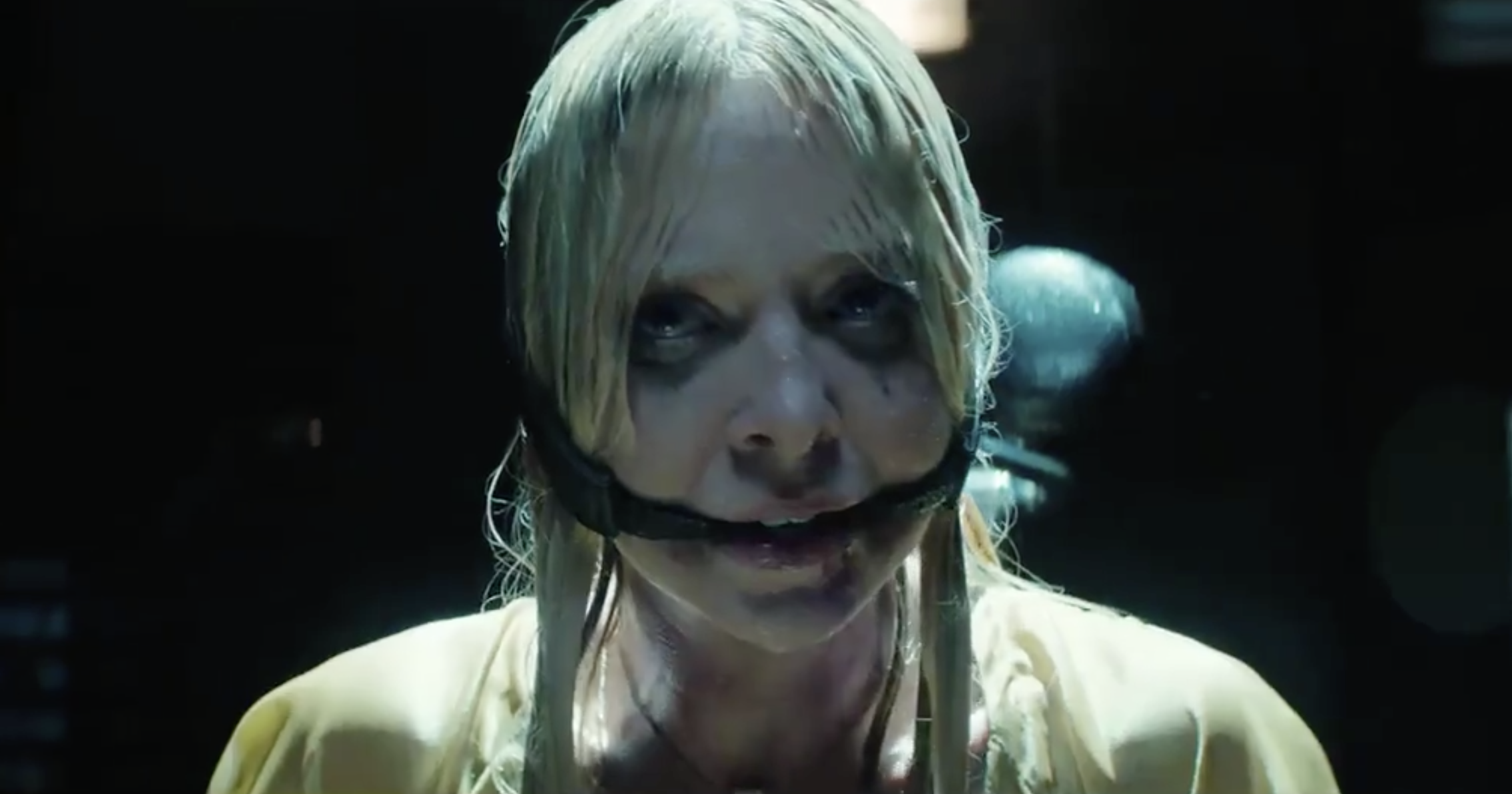 Let's make one thing crystal clear, Fantasy Island is camp as tits. The problem here however is that it doesn't realise, which is ridiculous given its boistrous bravado. What we have is a half-baked, often muddled experience that is so oblivious to its own unique charm and goofiness that such comments end up becoming a serious negative. If Fantasy Island capitalised on its own brand of silly then this would be an entirely more enjoyable experience from that alone, but instead it takes itself far too seriously and often gets lost in its own waffle.

Some elements here are promising, with the overall plot being somewhat intriguing, but its the sheer execution and over-crammed production halts any above average element from being anything more than ill-conceived and inept. The biggest problem lies in the fact that it never knows what it is, nor understand what it's trying to be. It never fully lands on being a jumpy scare-centric horror, nor does it fully execute its trippy Midsommar-esque sci-fi rife that it tries so desperately to juggle.

Fantasy Island is first and foremost a generically dull experience, one that feels like three extremely underwhelming scripts stitches together like the knock-off Leatherface mask. The final product is actually quite puzzling, one that has a troubled time trying to establish its own identity which inevitably leaks out onto its viewer, resulting in a nonsensical, head-scratchingly hollow experience that is as dense as it is naff.