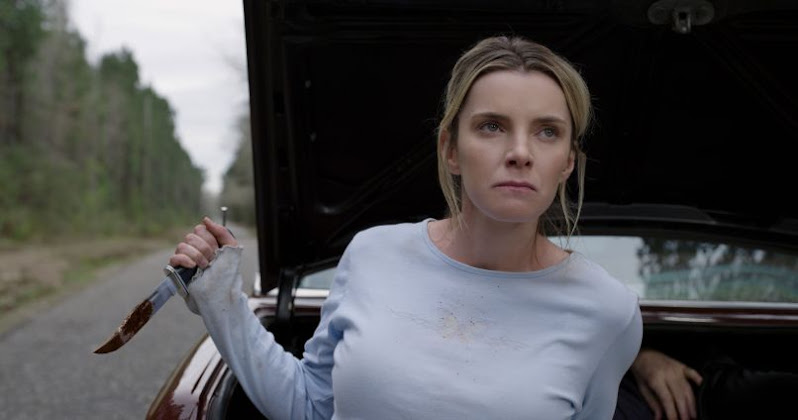 VERDICT
Proving to be one of the strongest contemporary social and political horror movies in recent memory, The Hunt is a lean, mean, fighting machine that is as sharply satirical as it is viciously violent. Make room for Betty Giplin, our new final girl is in town.

The Hunt revolves around twelve strangers who wake up in an unknown location, not knowing how they got there or why they are there, gagged at the mouth and locked from the back. The group individually all find a crate, filled with a variety of different weapons and a live pig in clothes. Soon after the gang pick their poison, they begin to be targeted and hunted for sport, as they each get picked off one-by-one in a twisted game of cat and mouse. Unknowingly however, Crystal (Betty Giplin) is more than meets the eye when the hunters realise that she is more than capable of handling her own, and surviving the hunt.

Gaining its momentum back in mid 2019, The Hunt stirred up quite a bit of controversy prior to its initial release, branding it too brutal for release due to the mass shootings in Ohio, Texas last summer. This Blumhouse picture was later rescheduled, and was at one point never to see the light of day, which would have been a crushing blow knowing how relevant this actually turned out to be. Luckily for us, Blumhouse soon caught on and realised movies like The Hunt are exactly what our cruel audience’s need right now, something with a sharp satirical bite with a gut-punching narrative reflective of modern society. Welcome to my favourite horror movie of the past few years.

Imagine a Twitter thread was made into a movie, this is The Hunt. What we have here is a film that functions on the confliction that exists in the real-world between liberals and conservatives, as they take chunks out of each other when discussing politics online, spilling blood on each side as opinions and views are torn to shit by the opposing party. What is depicted is literal death and carnage, which is representative of how the different identities and political views that are one person's beliefs, but another’s infuriating joke. 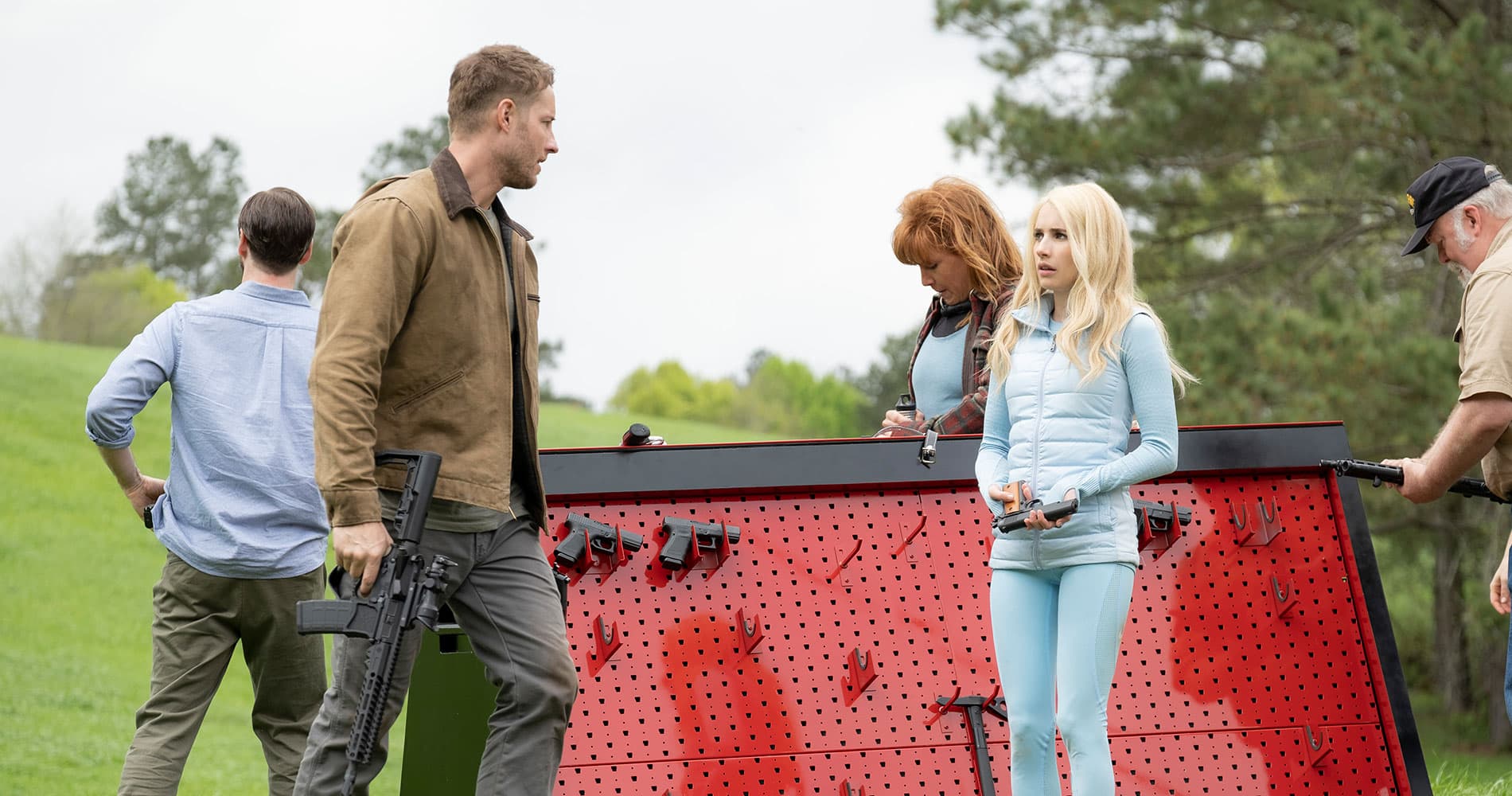 The beauty here (which is addressed as a massive concern to most reviewers) is the lack of depth to these characters within The Hunt, and to their lifestyle choices and political standpoints. What works best is that it never takes a stance when mocking both sides of the political spectrum, and allows us as an audience to identify which whatever our political views lead us to, even if one side is draped in murderous overtones. I admire how we are left to decide where we would stand, and if what is happening is something we can sympathise with. To most, what I’m saying sounds ridiculous, but this lack of depth to these characters is very much reflective on the current state of our social media, having people who we know nothing about spreading their views which are toxic to half and relatable to others.

It’s that online façade that is at play here, as we witness comments and statements daily that tear down others, ruin people’s professional statuses or simply to spread offensive and insensitive comments online to troll others. This is the world we live in, and the characters in The Hunt exist within our real world. The characters within this may not be fleshed out, but to the online profiles with nothing but a name, a picture and a flurry of controversial tweets neither are they, and that certainly looks like modern day humanity to me.

Much of The Hunt’s satirical sting comes from its reliance on our current climate and political correctness, which leans on its accurate depiction of society to get its laughs in when it can. It’s understandable that this particular sense of humour might to a little too one-note for some, but it firmly has its own tongue planted in its cheek when openly mocking our current way of thinking, juxtaposing these characters with opposing mind-sets to create a genuinely clever and on-the-nose depiction on humanity’s contemporary views. Aside from the intelligent links to modern society, it’s also really enjoyable and highly entertaining when utilised to its full potential. One could be offended by some of the humour here, but when the film itself jokes on our own generation of snowflakes, it begs the question if The Hunt is pointing the finger at you, and calling you out for being said snowflake. It all really works for me on a sharply pungent level, one that had me tickled pink until the final credits. The Hunt ultimately holds up a darkly comedic mirror up to the political divisions in a way that hasn’t been explored to this stature.

The action here is outstanding, with the violence being the appropriate level of over the top to match its exuberant premise. Betty Giplin is undeniably outstanding as she delivers a powerhouse of a performance in her portrayal of Crystal, a tough as nails heroine who easily establishes herself in the ranks next to such genre greats as Erin from You’re Next and Alien’s Ripley. Her level of badass is contagiously ferocious, making every scene she’s in an absolute blast to witness. Each fight scene is crafted brilliantly, looking seamlessly effortless with its high-energy intensity, most notably when we reach our final act in which our Million Dollar Baby Hillary Swank comes head-to-head with Giplin, which can only be described as one of the most entertaining fight scenes in recent horror memory.

Nothing is ever fully dripping in suspense, but you soon realise it doesn’t need to be when you’re watching enigmatic fight scenes that are as vicious as they are diverting. The film also works its best when it plays at its most unexpected, knocking familiar faces off like Drew Barrymore in Scream level of unexpected in ways so gleefully gory it will have you laughing with sheer shock. The Hunt may split audiences right down the middle, but there is one thing that is universal, and that’s that Betty Giplin’s Crystal is already this decades best Final Girl.