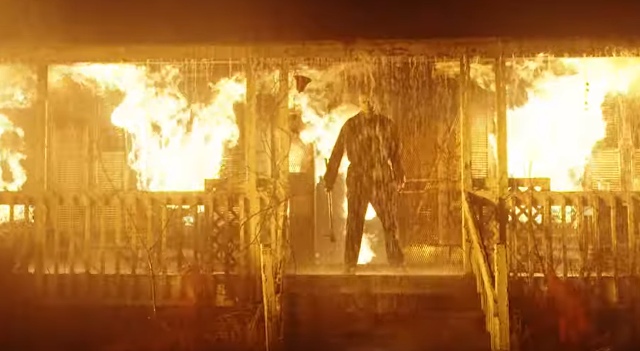 News and mostly pure fear has been floating around for a while now in regard to our favourite horror movies in against Covid-19. Things really began to feel real when highly-anticipated A Quiet Place 2 was delayed until further notice. With Covid-19 still hot on our heels with no plan on stopping, many of us have speculated on whether or not Halloween Kills or Candyman for that matter would be released sometime this year. Fingers and toes crossed everyone.

Well unlucky for horror fans as news has broke out that Cineworld, the second largest cinema chain in the world, has followed close in the footsteps of rival company AMC in banning Universal Studios from its cinema's when they reopen, all due to Universal releasing Trolls On Tour direct to streaming platforms.

"There is a certain system of window which are custom in the market and this sets the time difference  between the theatrical market and other ancillary markets, among them streaming. Any movie that does not respect this market will not be shown in Cineworld group." Mooky Greidinger, Cineworld's chief executive said on Wednesday. Trolls On Tour was originally supposed to have a cinema release date, which in prompt to was released straight tostados streaming services. The Invisible Man and The Hunt fell to the same fate, despite having a short runtime in cinema's before heading straight to VOD.

Trolls On Tour on its opening weekend made 10 times more sales than the studio's next big digital release Jurassic Park: Fallen Kingdom. This allows companies like Universal to benefit more from a profit margin when releasing the likes of Halloween Kills around, well, Halloween. This would surely bring huge numbers in for the production company, and could potentially not be a risk to take not having these movies shown at AMC or Cineworld.

Unluckily for us, i.e nearly every horror fan on the planet who has been clung to their seats anticipating the release of Halloween Kills and Candyman may not actually have these films released in cinema's near them at all, but would have it on streaming services if this all continues as normal. Halloween Kills being a dedicated October release seemed on the fence to many initially, so to potentially hear this this amongst the new spirit sequel Candyman might not be hitting cinemas is both worrying and has me feeling very anxious.

By Universal's standards, it seems as though said movies will still be released, only on streaming devices without your cinematic environment. While this is a cause for concern, it does remind us that both of these movies will fulfil their 2020 premiere as planned, even if there is no red carpet and cinema release to prove it.