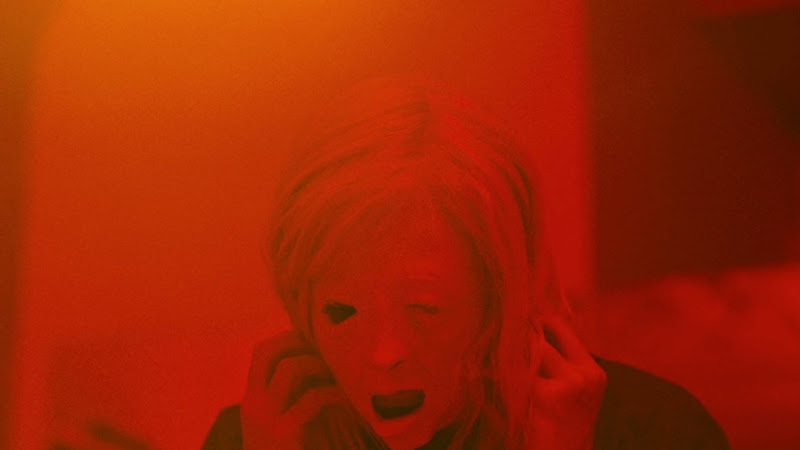 VERDICT
Brandon Cronenberg's second stab at body-horror is with mixed results; Possessor is such a visually striking experience, that it almost feels as if used to substitute the lack of narrative punctuation.

Tasya Vos is a corporate agent who uses brain-implant technology to inhabit other people's bodies, driving them to commit assassinations for the benefit of the company. While she has a special gift for the work, her experiences on these jobs have caused a dramatic change in her, and in her own life she struggles to suppress violent memories and urges. As her mental strain intensifies, she begins to lose control, and soon she finds herself trapped in the mind of a man whose identity threatens to obliterate her own.

David Cronenberg is known for his body-horror, with a visceral style that is as stunning as it is hauntingly grotesque. From the likes of The Fly to Dead Ringers, Cronenberg's vision has long left its stamp on the world of horror, and remains one of the most inspired genre filmmakers of all time. It is no surprise that his own spawn would eventually grow old enough to grab hold of his reigns and carry on his valued legacy. Enter in the work of Brandon Cronenberg, who broke his way into the genre with his off-kilter 2012 Antiviral, that like his father leans heavily into stylistic visuals, Brandon follows along the same path even if it means substituting style over substance.

Possessor is exactly that; a movie with a rich visual presence with not much beneath the surface worth latching onto. Cronenberg's visuals here are undeniably stunning, presenting its core narrative with disturbingly beautiful results, toying with colours and a visceral editing style as a depiction of the turmoil within the minds of our characters. The way he uses this stylised mix of editing with cinematography to portray the mental struggle between our two characters Tasya and Colin is hauntingly memorable, aided by two powerhouse performances of two people as trouble yet determined as each other.

Whilst the imagery is front and foremost Brandon Cronenberg's truest talent in the way he constructs visual horror, the narrative here is very ambitious, albeit not capitalised on to its full potential. There is much to be admired with this contemporary sci-fi body-horror, that harps back to some of his father's earlier work, however I could help but find myself with a thirst for more. There are a small handful of striking moments, ones flavoured in depth and other horrifically violent, both pleasing the horror fiend within me. But Possessor as a whole fails to carry its impactful punch with consistent results, resulting in a viewing experience with an indecisive pace and a narrative that can't decide if it's a horror of sci-fi drama.