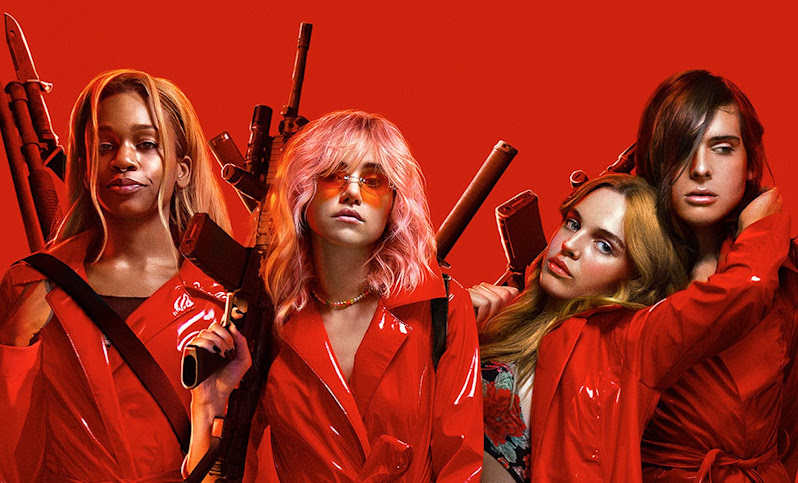 VERDICT
Slick, savage and savvy; Assassination Nation is contemporary turmoil conveyed with vibrant verve and style, a definitive piece of film for the Donal Trump era that is as disturbing as it is self-aware, yet undeniably entertaining.

After a malicious data hack exposes the secrets of the perpetually American town of Salem, chaos descents and four girls must fight to survive, while coping with the hack themselves.

Starting a film with literal trigger warning is a clever way of establishing your own contemporary niche brand with an already self-aware tongue planted firmly in its cheek. This in itself is risky business, as not all audiences will take too kindly to what they're about to endure, even if it is a big middle finger up to society and its hierarchy. Everything it tells you from that first minute you will get, and it sticks to its promise in pouring its heart out on everything wrong with society today. Some will hate this, in fact it's almost like director Sam Levinson wants you to hate it, or at least couldn't give two shits if you care for it or not. Assassination Nation's themes and opinion almost feed off of that negative perspective, and have much to say about it with a sick and nasty satirical sting to follow; buckle up, as Assassination Nation is that bitch who will let. you. have. IT!

Sam Levinson has something important and necessary to say about the world today, something that many films tackle from a single-sided opinion or narrow-minded point of view. Films like The Hunt tackle class, Get Out racism, even Scream 4 with social media fame and greed; Assassination Nation hits home with targeting just about every political and social topic imaginable. You name it, homophobia, transphobia, toxic masculinity, adultery, sexism, violence, social media the lot, all with a massive target on its head ready to be pinged off by Levinson's sharp and savage execution. Levinson hits home with representation of the negative conflict within these themes, and never spares a moment on being "offensive" or "insensitive". This is reality, and this is why I admire Assassination Nation so much; these are problematic things within society, and the hurt and pain caused to minority groups is very much real and poisonous to this contemporary social stature we currently live in. Films like this are vital in cinema, with messages are powerful as this to really prove that it is a movie experience with a lot on its mind, with a lot to say, and willing to shed a lot of blood to prove it. 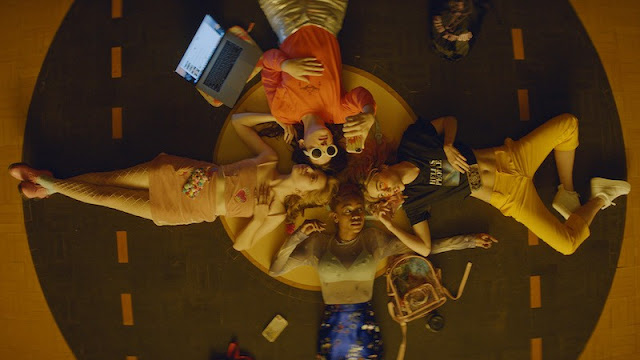 Assassination Nation is more importantly a brilliant film at heart, with a clever and real horror story to boot. With the simple premise of 50% of peoples online access getting Leakes ie. photos, messages, videos, search history the works, we are really faced with a modern day horror story, one that is as scary now as Regan was back in 1973. The first half of the film takes us through the problematic high school days of sleepy Salem, following our 4 pro-feminist protagonists, the same ladies who love to debate their headteacher on the female integrity depicted by her own nude drawings. This perspective is extremely clever, and such characters like Lily and Bex are a huge selling point for the flick, asserting their confidence into each one of their beliefs, forcing them down the throats of those willing to listen. Typically a group of girls like this would be snubbed in a film like that, but everything they have to say is both important for the audience to soak in and for the characters to learn. They emulate ideology that feminists have been fighting for for centuries, doing this whilst all wearing skimpy clothing enjoying their sexual freedom with a huge grin on their faces; such characters are an embodiment of what social progression is, and don't we love to see it.

The entire cast are brilliant, especially Odessa who delivers a superb performances as Lily who is easily the shining light of this entire experience. She may be small, but she is mighty, delivering a roundhouse performance of laughing, crying, screaming, shooting and best of all fighting. This female centric cast is the perfect representation of a new direction cinema needs to embrace, even if what it has to say has a massive "fuck you" attached to it with a lovely red PVC bow attached to it. The ladies here are dominant, fierce, fiery and ultimately a unit, portraying believable chemistry for a group of bad bitches who deserve cult status with their red PVC coats and guns. I would be whole-heartedly surprised if this look wasn't to be cosplayed from now until the foreseeable; I mean who doesn't want to be dressed like a group of bad bitches, laced to the eyeballs in weapons with a funk PVC coat to match? Count me in.

When all is said and done; Assassination Nation is ultimately a brilliantly-executed slice of neon-soaked satire, pumped full of blood guts and brains. The cinematography here is beyond perfect, lighting each scene so beautiful with its vibrant flare and creative verve, all whilst matched with a unique editing style that borderlines it becoming a powerful arthouse flick with a taste for blood. We are also presented with a boss soundtrack, one that I found myself searching for on Spotify soon after. All of this paired with its fabulous cast and superbly executed action and gore, makes for one of the best horror films of the past decade that has something to say about how we are as a society, whether you like it or not. Buckle up, you're in for a wild ride.