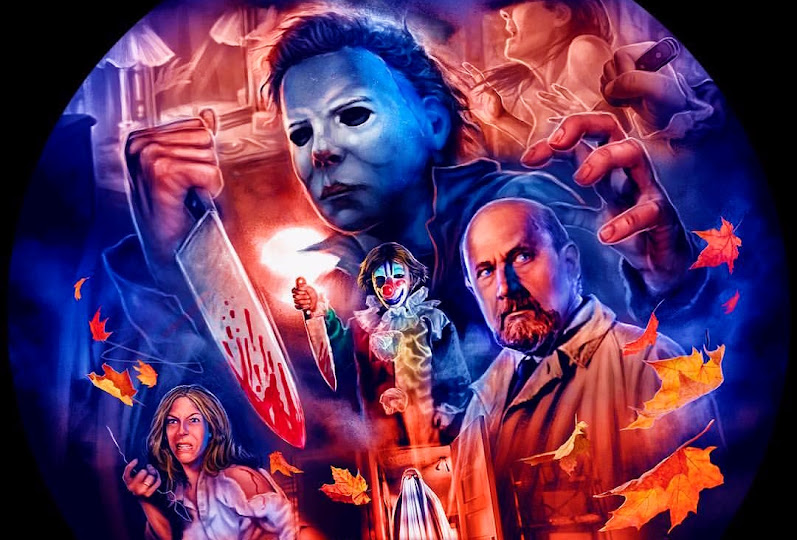 As we edge closer and closer towards October with the hotly anticipated sequel to 2018 Halloween with Halloween Kills, we're also just around the corner from a potential trailer release of the upcoming next outing for Michael Myers. Releasing a trailer will be enough to get horror fans like us thriving through these troublesome Covid times we currently live in. Whilst we stew in anxious excitement as we await our beloved Michael to (hopefully) come back onto our screens in October, I will delve into the cumbersome and confusing timelines with the Halloween franchise, and rank them from worst to best. And yes, Halloween III will be included in this one, so speaking of the devil and he shall appear... 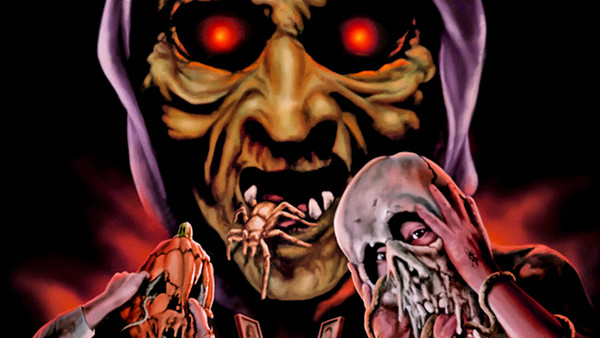 5. Anthology Timeline - Halloween III: Season of the Witch
With hopefully no surprise to anyone, I am kicking of this knife-slasher, boiler suit wearing list with the very timeline that attempted to erase just that; our precious and beloved Mr. Myers. The anthology timeline is easily the weakest timeline of the whole franchise, and only adds salt to the wound of basically trying to turn the Halloween franchise into a Myer-less series of unfortunate events. Unfortunate it certainly was when Halloween III: Season of the Witch sank like a led balloon, not just because our prodigy Michael Myers was absolutely nowhere to be seen, but also simply because Season of the Witch was an average experience at best. We could have forgiven Carpenter & co. for this wobble if it had been a roaring success, or at least just a solid horror movie to boast, but luckily it was non of the above, and this anthology timeline was quickly laid to rest.

Halloween III has that quintessential Carpenter score, and the plot itself its impressive, with a memorable final act to boot, but had it adopted another title, perhaps dropping Halloween from its title and association completely, then Season of the Witch could have had all the chops for a serious cult classic (which it already is in a sense), but by sacrificing Michael Myers for that was simply too much of a low blow for horror fans to endure. Thank god for Moustapha Akkad ey? 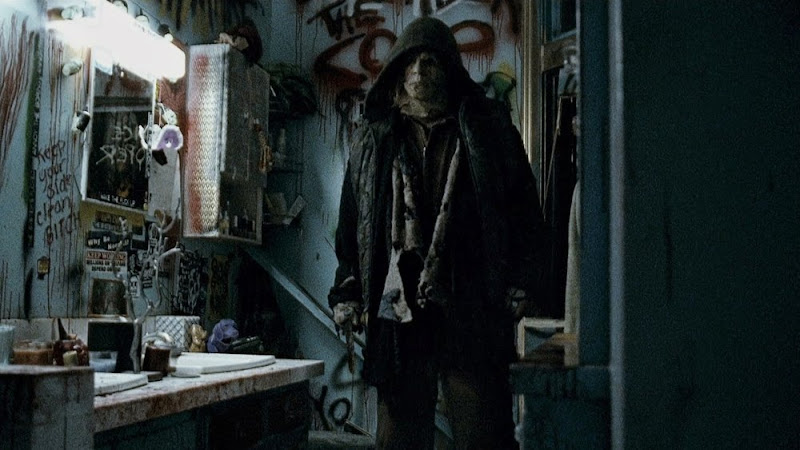 4. Rob Zombie's Timeline - Halloween (2007) & H2 (2009)
Rob Zombie's remake timeline should thank its lucky stars for Season of the Witch, otherwise this would have easily been bottom of the pack, and technically is when we're rating Michael Myers flicks. When it comes to portraying Myers on the big screen, Zombie has by far butchered him most unapologetically, not only remaking a cinema classic into a dirty, grungy, sleazy, foul-mouthed, tough to endure slaughter fest that focused too much on turning people off than it id respecting the original. This version of Halloween is mean-spirited and really unpleasant to endure in every sense of the word, and although the 1978 version wasn't exactly a walk in nature with kitten and puppies, but it had respect for the cinema art form and for how the horror genre is supposed to make its audience feel.

Rob Zombie evidently couldn't give a fuck about respecting a well-loved franchise, and this couldn't be more apparent than with the dreadful H2 which is Zombie's own original Halloween sequel. Zombie recently stated that Halloween 2 was made as simply a big fat middle finger to the production company, allowing him to have full creative control over the sequel, leading to what is arguably the worst entry of the entire franchise. A white horse, a resurrected Sheri Moon for the sake of hiring her for another film because he's the only one that will, and a fucked up metal loving Laurie Strode who is a heartache inducing nightmare. It doesn't get much worse than the remake timeline, unless you try to remove Michael Myers completely and then there will be war. 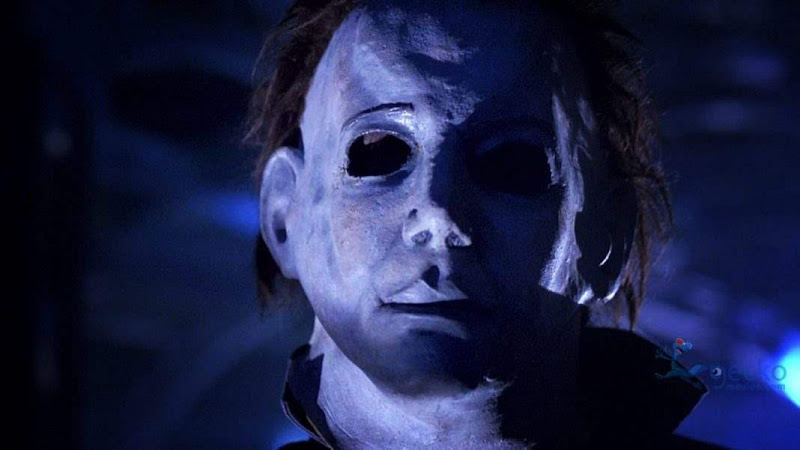 3. Curse of Thorn Timeline - Halloween, Halloween II, Halloween 4, Halloween 5 & Halloween 6
Here in lies one of the most confusing and head-scratching of the bunch, yet perhaps one of the timelines with the biggest following; The Curse of Thorn Timeline is realistically the OG timeline, and was the proper Myers canon for nearly 20 years. Of course following after the first two and inevitably skipping Part III, The Curse of Thorn timeline introduces us to a new final girl, Laurie's estranged daughter Jamie, Michael's niece and new target. Every horror fan knows that when evaluating the Halloween franchise, it is this middle chunk that proves most incoherent, adding layers upon layers of who Michael is, where he's come from, who his keeper is amongst others, adding more Myers mythology to an already crammed clown car.

Halloween 4: The Return of Michael Myers does exactly that and resurrects our beloved antagonist from its deep slumber for a not-quiet return to form as he slashed this way through a fun, albeit shoddy franchise entry. The franchise only goes downhill from there as its followed by the questionable Halloween 5: The Return of Michael Myers which is where Myers and this weird Curse of Thorn really start to become to forefront narrative, involving some strange scenes in which Jamie and Michael are almost one. The bafoonery doesn't end there however, as Halloween: The Curse of Michael Myers is where we really hit a home run in delivering one of the craziest storylines the franchise has seen to date. Want more salt in that wound? So Michael basically impregnates a shackled older Jamie 6 years after H5, which is made blatantly clear in the Producer's Cut version of the film. And to think this is many horror fans favourite canon... Choices. 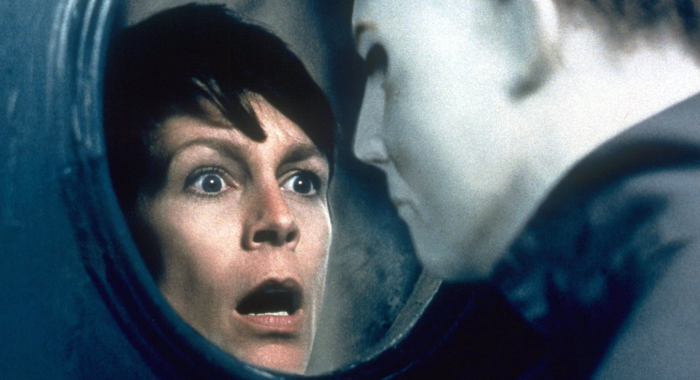 2. H20 Timeline - Halloween, Halloween II, Halloween H20 & Halloween: Resurrection
20 years into the legacy of Myers on Halloween night came a stroke of geniusness from Mrs Curtis herself, who after realising would have been in the industry for 20 years pushed for a Laurie and Michael showdown, with hugely successful results. H20 timeline was the first to erase the tired sequels and replace it with a new timeline, one that followed on from Halloween II in 1981, ignoring all the Myers ethos abused through Return, Revenge and Curse. Halloween H20 set to swipe the slate clean and bring our love and attention back onto this brother sister feud. Now, as we all know this is not current canon anymore, this creative decision to move on from the waffling sequels and attempt to pick up where Carpenter left off was the right choice, leading to arguably one of the best Halloween franchise entries to date. Halloween H20 is essential late 90's slasher, and is an exhilarating and fun ride given its time and era. Resurrection on the other hand struggles to gain any recognition past being a downright terrible slasher flick.

Despite the brilliant efforts of H20 and it's final-nail-in-the-coffin of an ending, Myers still somehow managed to return for the dreadful Resurrection, which ironically is one of the worst entries in the franchise. Given that Resurrection is so bad, yet its timeline is No.2 on the list all boils down to the three that came before it, and with Resurrection removed that timelines itself could have made it to No.1. It may be the furthest thing from a good film, but at least it did harp back to themes of cult, incest and numerous attempts at knifing children. Resurrection may be bad, but nothing is as bad as the Curse of Thorn... 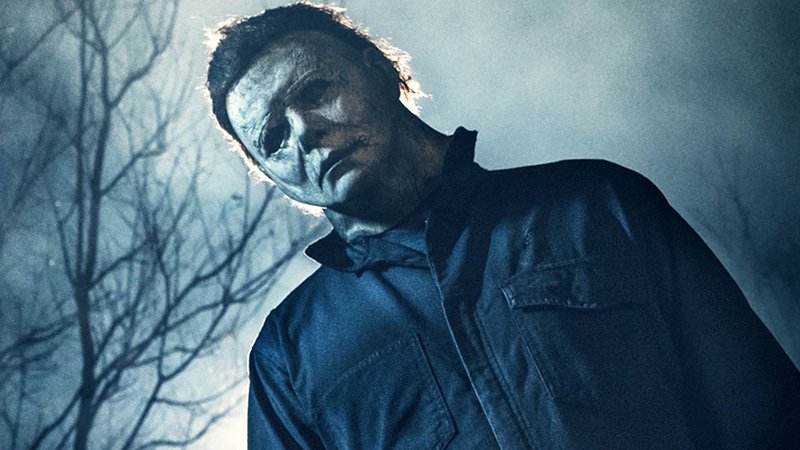 1. 2018 Timeline - Halloween (1978), Halloween (2018), Halloween Kills & Halloween Ends
When it all boils down to it, the essence of what made Carpenter's 1978 original a classic was the simplicity in its chaos. Over decades of Myers and copious amounts of follow-ups dedication to his exuberant lore, Halloween fans were FINALLY graced with a reboot sequel that from its description alone had me weak at the knees. David Gordon Green is the best thing to happen to Halloween since the original, and his plan to complete erase the entirety of the Halloween sequels was a huge risk with a bigger pay off. For all those fans out there (like me) who always wished Halloween could find its feet and trim off a lot of that access fat finally found a Halloween entry that was as dedicated to tributing Carpenter's original as it was in establishing itself as something entirely new.

2018's Halloween is a brilliant slasher, one with depth and emotion behind its plentiful carnage. Green brings back Laurie in a way no one has ever seen her; broke, damaged but ultimately tough and ready for the inevitable. The post feminist undertones are undeniably effective and carry a hefty punch as we watch three generations of Strode woman take down the male antagonist who single-handedly tainted their lives. It's both poetic and extremely satisfying to watch these women fight against our Shape, and to see what has become of the sweet Laurie Strode since '78. Perhaps what is most admirable is the change in her character, and how she is now portrayed 40 years later, still damaged from that night he came home.

Having Carpenter & co. back doing 2018's Halloween has also given it the authentic Carpenter tradmark stamp that nearly every other franchise entry missed, and is undeniably the closest thing to a Michael Myers movie since '78. The whole film is brilliantly crafted, and with Halloween Kills on the horizon, we are expected to see a handful of characters return from the original to reprise their roles. If that alone doesn't make you want to explode with Halloween excitement then nothing ever will.