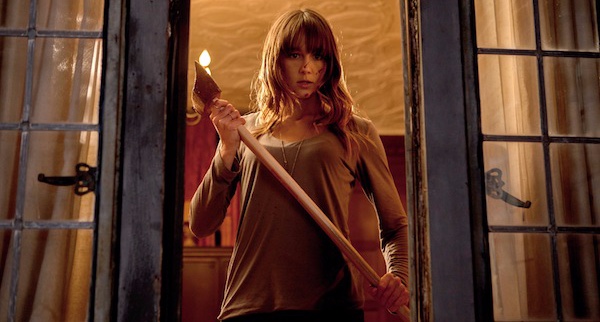 My Scene of the Week choice this time around comes from none other than one of the best horror movies of the past 10 years, You're Next, highlighting its best asset; Sharni Vinson's Erin. Not only did she prove to be one of the strongest final girl the genre has ever seen (and yes I mean ever), but she also goes a long way to prove this, showing off her survival skills with effective results in the climactic and hugely entertaining fight scene against Felix & Zee.

Adam Wingard & Simon Barrett's perfectly assembled script and sharp directing mixed with taut action and a star performance from Sharni Vinson makes for easily one of the best scenes of the entire film. This is saying a lot, given just how brilliant You're Next really is, but there is no denying how satisfyingly superb it is to watch Erin kick some serious f***king ass!

Don't believe me? Check out the scene below and see for yourself!