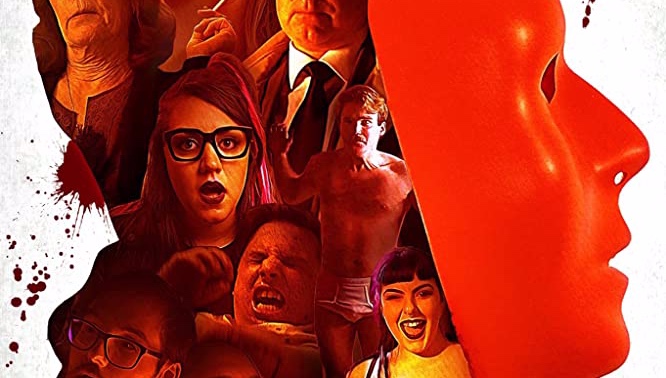 VERDICT
Brilliantly inventive and surprisingly fresh; Slaybor Day 7 is unlike expectations, toying with the overused slasher formula and documentary style to produce something genuinely funny and clever, often at the same time.

It's that time of week again and I am here to bring you a fresh new review on a short film I had the pleasure of watching this week, and with Slaybor Day 7 I am putting strong emphasis on the word pleasure. Short films can be never hit and miss given just how small of a window they have to tell a story story and to simultaneously knock it out of the park, all whilst adhering to the rules of the genre by trying to entertain us. This is most definitely not easy, yet somehow Slaybor Day 7 makes it look like a breeze, swiftly telling its neat and flavourful story in a mere 11 minutes, making me thirsty for more; a lot more.

The beauty of Slaybor Day 7 is how wonderfully simplistic yet genius it actually is, I mean I was completely taken by surprise with this wonderfully loopy little short horror. Imagine Behind The Mask: The Rise of Leslie Vernon with a more elaborate sense of humour, planting its tongue firmly in its cheek as it parodies slashers and their sequels with a respectful yet comedic balance. It's also the higher-achiever, better educated, better looking younger brother to Dude Bro Party Massacre III. This is not a spoof, in fact Justin Wayne takes this comedy very serious, keeping distance from the likes of Scary Movie which uses the horror genre and its cliche's as a means of shitting all over it. Wayne does the opposite, and respects and homages all that we adore and admire about the very cliche's the slasher sub-genre is built upon, all whilst jabbing it over and over with a particularly hilarious stick.

What works here in Slaybor Day 7 is just how intelligent it is, which (I mean no disrespect) you don't expect to see from a short film literally called Slaybor Day 7. The beauty here is how it works on both levels; from being both smart and foolish, funny yet serious, and ultimately hugely enjoyable. This short film is a total blast, and utilises every minute to produce a high quality exercise in comedy and horror. the characters are fantastic and distinctive, the documentary style is milked for everything its worth with hugely successful results, and the slasher elements are equally as clever as they are seriously fun. Someone has taken their love for slasher films one step too far, and crafted my favourite short horror film of the year. Don't believe me? Go watch it, see for yourself, and come back to me when you've fallen in love with this crazy universe Justin Wayne has created.

Where can I sign up for a Slaybor Day 7 feature film? Take my money!!