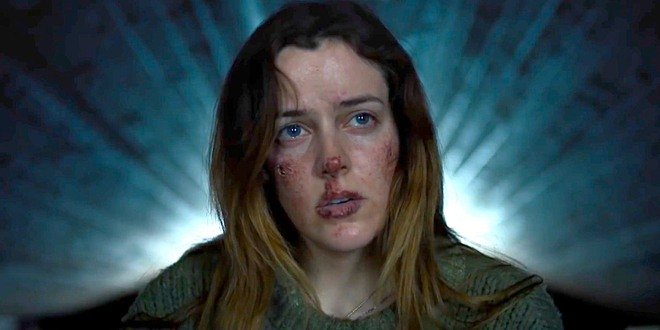 VERDICT
Much like the work of Ari Aster and Jennifer Kent, Directorial duo Fiala and Franz once again demonstrate the effectiveness of psychological horror with mostly successful results, making The Lodge a chilling and forbidding machine fuelled on character drama and suspense.

A soon to be stepmum is snowed in with her fiancé's two children at a remote holiday village. Just as relations finally being to thaw between the trio, strange and frightening events threaten to summon psychological demons from her strict religious childhood.

There is so many layers of writer-director pair Veronika Franz and Severin Fiala's cruel chiller The Lodge that harps back to the work of Ari Aster's Hereditary and Jennifer Kent's The Babadook that we could be mistaken for initially crafted in its honour, or with likeness. Something that has become extremely important in the progression of modern horror cinema is its dark depiction on themes of mental health, grief and family tensions, shifting the genres strengths and dependencies from jump scares to atmospheric tension and dread. With a story like this, prioritising dread over jump scares seems like the most effective way of portraying a narrative like The Lodge, leaving a lingering feeling that all these movies could easily existed within the same hopeless cinematic universe of misery.

Despite its similarities to some of the genre's finest over the past few years such as Hereditary, and essentially capturing the same essence Aster fabricated back in 2018, it's merely coincidental as The Lodge was already in pre-production before Hereditary's release. While it may seem too daft to compare the two right now, there is no denying the familiar tones shared between the two, both dealing with sensitive subject matters with such visceral and cruel intentions. The Lodge is very that, a horror experience that will manage to borrow its way under your skin and linger with you until the distinctively horrifying end.

The beauty of The Lodge was the ultimate sense of the unknown heading into it. One may have watched the trailer multiple times or studied every piece of marketing yet still be hit with a jarring experience that will still manage to tug whatever sort of carpet you probably didn't know was beneath your feet. The scenario at the centre of The Lodge is one both complicated and crafty, that of a woman who is simply trying to bond with the children of her new boyfriend, putting her in a dramatically tense environment, even with the all the genre elements stripped away. Watching this uneasy scenario play out after the first fifteen minutes is steadily uncomfortable, proving that before the horror even kicks in that Australian duo Franz and Fiala already have a skill in crafting some seriously pitch-perfect drama that is ultimately the bones of an explicitly sinister horror film. 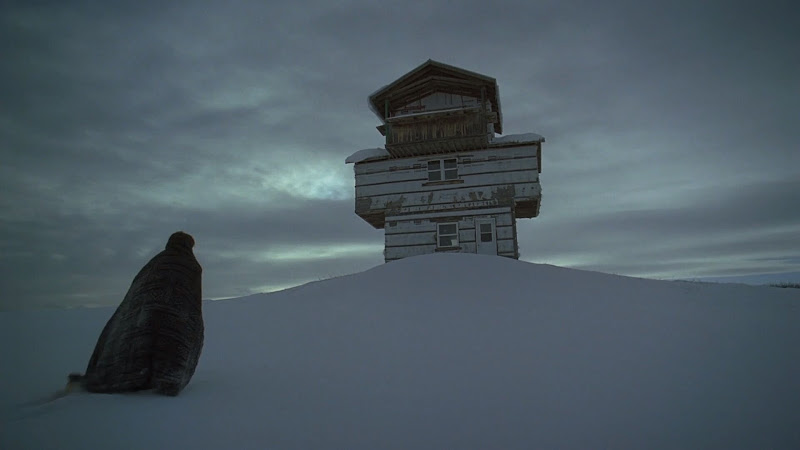 Franz and Fiala, the duo behind the brilliant 2014 Goodnight Mommy clearly understanding the importance of character drama and tensions before letting us devour into the madness of the spook factor of it all. This duo (paired with additional writer Sergio Casci) know how to create a distinctive and sustainable mood, using an emphasis on cold empty and dark spaces to guide us through til the end with devilishly dark results, never submitting to easy shock or schlock value. While The Lodge sometimes loses balance treading over what it's already established, sometimes becoming a little fatigued by its own creation, it is all done in the name of suspense and it essentially throws us off right up until the final act. This works with mostly successful results, as part of why I enjoyed The Lodge so much was how much it seems to keep us on our toes, playing tennis with our expectations long enough without its suspense ever getting tiresome.

The Lodge works best when it acts on its most twisted side, teasing and tossing between a few conclusions before settling on the most devastating twist to see the movie out. It may not be a total shock of a revelation, nor an unexpected one per-say, but it is clever and nasty way for the narrative to pan out, taking the movie to a place of bleakness which not many genre films have gone before, or have done so well. When handling a script like this, a film as much is naturally going to be devoid of of life in terms of cinematography and even its own sense of humour (which is non existent obviously), and although the bleak visuals are brilliantly fitting and expertly crafted, I found myself wishing for a little bit more than just white black and the grey in between. A film this bleak is best served cold, and with its clear inspiration from The Shining, I think it's exactly that. While it still remains a brilliantly crafted genre film, it isn't without its obvious inconsistencies, leaving little potholes sprinkled throughout that are capable of throwing you off track a little. In reference to a few glaring moments in regard to Grace's past and how it's interlinked into the present day turn of events might leave you scratching your head, all whilst your heart rate has increased of course.

The characters here and its talented cast who play them are the star of the show, and really drive our emotions towards their characters and this series of unfortunate events. Although the films reveal may raise a few eyebrows when it comes to logic and cohesiveness, The Lodge also leaves a couple of character arks up in the air. With Richard Armitage's Richard (the father), who in reflection is technically the antagonist of the film, the man so deeply irresponsible in being the creator of this bleak scenario Grace, Aidan and Mia are subjected to. The strongest work comes from Riley Keough and her portrayal of Grace, a tight-lipped mystery of a character who's refusal to cave into hysteria makes her portrayal all the more effective. It's a bruising movie, one that might not be widely admired by horror fans after being deemed "Scary as hell" which it most certainly is not, but one that will leaving a lingering sting long after its 111 minute runtime.