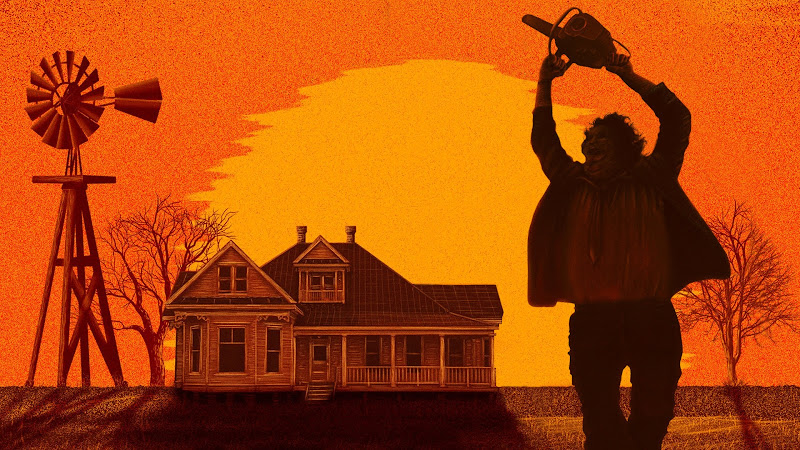 VERDICT
A terrifying exercise in tension and panic; Tobe Hooper's 1974 original is deserving of its classic status, birthing one of the most truly disturbing characters in all of cinema history.

In 1974 Tobe Hooper birthed arguably one of the most influential pieces of genre cinema audience had ever seen, and holds its own over 40 years later as a furious beast fuelled on chaos and fear. The Texas Chain Saw Massacre remains largely in tact after its many years of ageing, still boasting palpable tension and a flurry of dementedly colourful characters that are as chillingly effective now than they have ever been. Perhaps it's that grainy documentary style which ages like a face mask made of skin is what preserves the movie from ever losing its haunting atmosphere - maybe it's Leatherface's timelessly ferocious existence that still sends chills down people's spines. Whatever it may be, there is one thing for certain; The Texas Chain Saw Massacre is one of the best horror movies cinema has ever seen.

A chain saw-wielding maniac like Leatherface will never die (as proven from his many follow-ups), and horror cinema is a better place because of it. Years have not been particularly kind to him, cashing in his looming intensity for cheap schlock and misguided laughs. Leatherface has certainly lost his way the longer he gets at the tooth, hence why it's important we honour and respect him at his almightiest and most brutal. Tobe Hooper not only created an icon, but also an unforgettably savage beast of nature who is as ruthless as he is deranged. Leatherface may be the poster child of our nightmares (sorry Freddy but this bitch gave me the true fright of my life), but its the tormenting redneck outback family from hell that carry a hefty chunk of TCSM's effectiveness on their rigid shoulders, executing each scene with a stench of panic and pure unfiltered insanity. 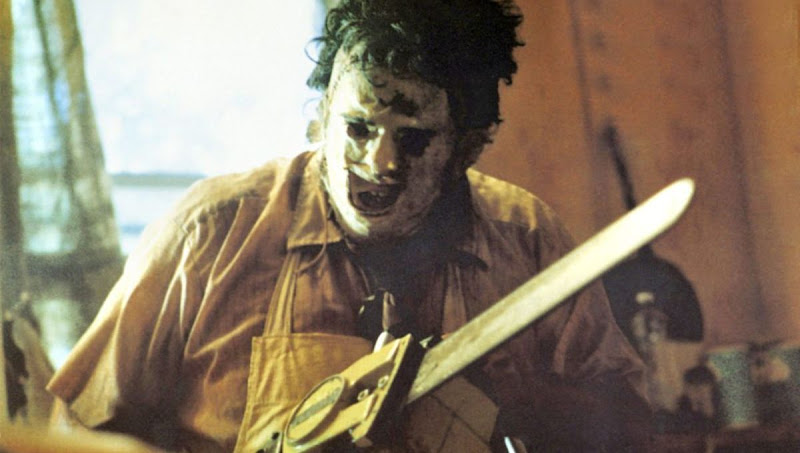 This film does exactly what its says on the tin, and it's hard to find a title so intimidating and memorable than Texas Chain Saw Massacre; it's genius, it's brilliant and most of all it's so perfectly apt for the slaughter that befalls our unlucky youngsters on screen. For a horror experience that was deemed one of the most terrifying experiences in cinema history, it certainly still lives up to the bold and daring terror the title so blatantly suggests. This is not a viewing for the faint hearted, nor one for anyone with ears sensitive to excessive shrieking - something that would typically annoy me with such shlock carnage. However, when a beefed up man with a chain saw wearing Sharon for a face-mask is at your heels at every turn, the copious amounts of screaming is easily validated, and isn't too far off the sound of what might be pumping from my lungs in that exact scenario.

Texas Chain Saw Massacre a brilliant piece of exploitave horror, relaying on the bases of a true story to hone in on what it is that frightens us; apparently it's wearing someone's skin like you're at a cannibal spa day is most certainly the trigger for that. Based off of the real life murders of Ed Gein, Hooper really taps in to each aspect of this twisted history to add emphasis and terror to an evidently low budget horror. As mentioned previously, Hooper's documentary style adds an unshakable nastiness and grit to TCSM's aesthetic, and whilst used to simply aid budgetary constrictions, the overall effect creates a thick palpable tension you couldn't cut through with a chain saw. It's pure and simple; Texas Chain Saw Massacre is a classic in every meaning of the word, earning Leatherface a well deserved often overlooked place on the horror icon throne. It's lean, it's mean and it's a vicious murdering machine; this 1974 slasher may have undertones of pro-vegetarianism or may link back to trauma from Vietnam, but there is one thing that's for certain and it's that this is one outstanding slice of horror cinema.