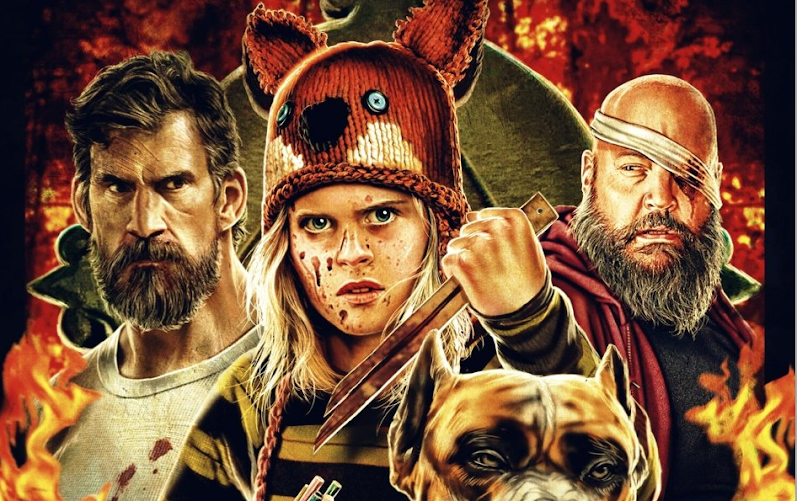 VERDICT
Becky tackles many genre tropes with little reinvention, but what lies beneath is a fun and ferocious home invasion thriller with enough slick thrills to make its titular character Becky one to be admired, and remembered.

A teenager's weekend at a lake house with her father takes a turn for the worse when a group of convicts wreaks havoc on their lives.

The creative duo behind Cooties have made there return, this time with a Neo-nazi action slash home-invasion thriller that's attempt to brand itself as somewhat of a stamp with genre fans. Like Ready or Not and You're Next before it, Becky taps into branding itself with its own icon status, coating itself with a glossy yet grunge-y visual style and a sinister yet thrilling sync score to allow it it's own distinctive style. There isn't much here that adds much to reinventing an already revamped wheel for the home-invasion sub-genre, but it does do an admirable job at handling this from a different perspective, one of a young teen who's anger at the world fuels her aggression and ultimate determination. Imagine Erin from You're Next aged 13; that is Becky.

The screenplay and the story plays out like typical family drama as Becky's dad introduces her to his new fiancé Kayla and her son Ty, a year after losing her mum to cancer. This evidently creates tension, allowing Becky to explode into a rage of teen angst and heartbreak over her father moving on (very quickly might I add). Everything we see here is fairly standard, and neither adults or kids stem too far away from the same predictable character beats one might expect from a stroppy young teen and a father who lets his daughter walk all over him. The first thirty minutes is nothing more than bland exposition glitzed up with an edgy sound design and a successfully effective mix of cinematography and editing to stop the monotonous character drama from lacking any real sense of impact. The juxtaposition of Becky at school and antagonist Dominick and co. in prison and beyond is crafted brilliantly, and is some of the most impressive visual storytelling of the entire film. 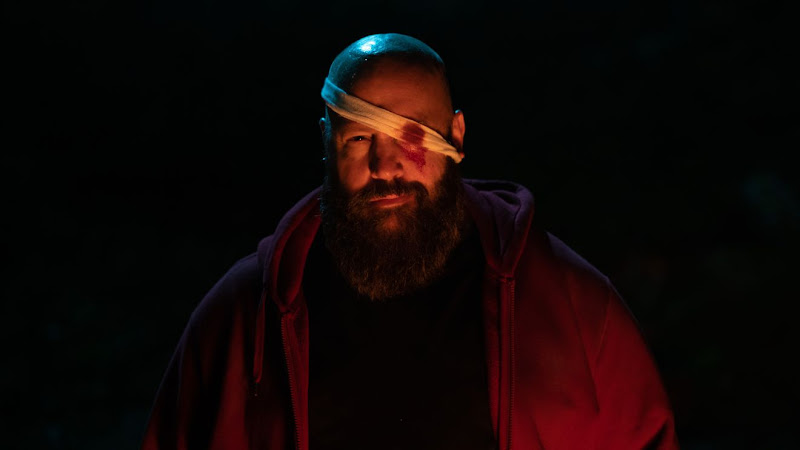 It's fair to say whilst the vital yet flawed character narratives are Becky's weakest asset, creative duo Jonathon Milott and Cary Murnion don't linger on this too much, and are as eager to throw our troublesome jailbreak antagonists straight into the mix. It is then when Becky begins to pick up the pace from a sluggish walk to a peppy stride, cashing in on some familiar melodrama for some fresh carnage. Becky always felt like it was off a PG-13 rating when I wanted it to hit closer towards the rated R mark, something that I feel would have sold the delivery of the gore and the threat a lot more, making it feel more of a angsty all-out-war home invasion thriller as opposed to a watered-down flick for middle aged teens. We get those good rated R moments of icky gore and some seriously cool death scenes, but there is a lack of correlation when our titular character Becky is more than capable of gouging someone's eye out yet avoids saying the work "fuck". It doesn't match up, and I wish Becky's badass attitude really soaked through other elements of her personality, and whilst she is 13, if you're capable of ramming a ruler through someone's throat you're practically capable of anything.

There is undeniable little glimpses of some clever storytelling involved here, and much of it comes from simple gestures and scenario's that prove that characters like Kevin James' Dominick are more clever than its audience would anticipate with moments like the walkie tackle scene. Whilst we are often tricked into our own stupidity, it's fun for us to not be the smartest person in the room, and to think exactly how Becky would only to have Dominick and co. outsmart our smart intentions. It's refreshing to say the least, and prevents us from feeling detached from what we're viewing, allowing us to imagine that if we were in this scenario that, unlike Becky, we might not make it out of this one alive. 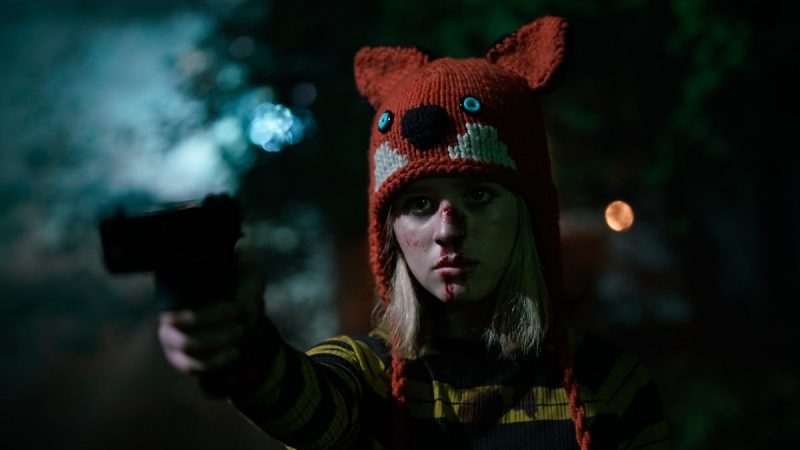 The characters here are diverse and each old specific ark's that most of the time land successfully. Lulu Wilson as Becky is great, demanding your attention as she throws herself into the action and emotion of the film, successfully execution both heart and determination all whilst wearing a lovely little orange woollen hat. Kevin James plays against expectations as a neo-nazi nightmare with a swastika inked to the back of his head, proving to be a brute force of nature with an unnerving nack for violence. Whilst he isn't quite the menacing threat jotted on the screenplay, he does a decent job at taking a leap away from the slapstick comedy of his past film career. Joel McHale as Jeff is essentially Joe McHale in anything and feels much like a miscast as someone who accidentally fell into a role that really doesn't suit his acting style; the opposite effect of what James was giving us. Finally, we get yet another wrestling star in the shape of Robet Maillet as Apex who's character ark is a predictable one with a satisfyingly conclusion, one that I am not willing to spoil.

Milott and Murnion really do let you have it, spilling its movie into three very distinctive sections. The first act is essentially nothing but character building easily establishing itself as Becky's weak spot, but once we hit that middle act we are then tangled amidst some wonderful suspense-building that forces us to endure a nasty game of cat and mouse. The final act is when Becky really finds its feet, delivering a flurry of twisted moments that looks like Home Alone with an R rating. These sequences in the back half of the film are undeniably entertaining, and present us with a Dominick vs. Becky showdown that is well worth its wait and then some. There is gore, there is some good old home invasion action, and there is some of the most satisfyingly gruesome moments I have seen in film all year. Wilson's Becky is bad, she is smart and she is more than capable of proving that she is a protagonist final girl worth rooting for, warts and all.