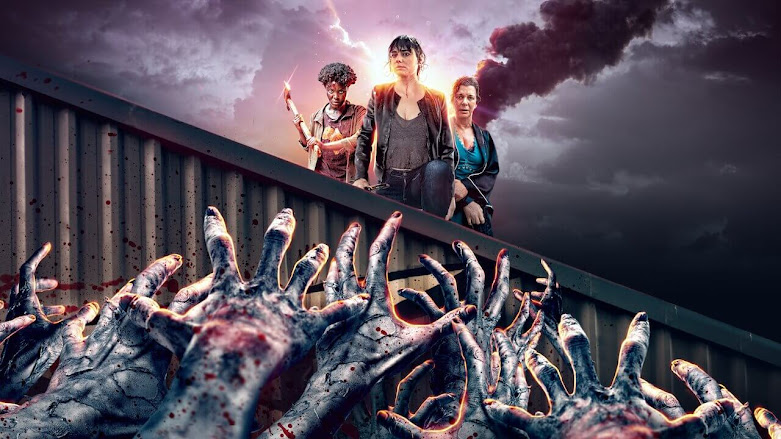 VERDICT
As pointless as one feared it might be; Reality Z is added on the dusty shelf next to Psycho and Cabin Fever, as one of the most offensively pointless and frustratingly lacklustre horror remakes of all time; A zombie series with loads of zombies yet very little brains.

Charlie Brooker's Dead Set made a huge splash on British TV over 12 years ago, blending reality TV series Big Brother and the zombie sub-genre together to craft a terrific and terrifying zombie mini-series worth dying for. Not only was it laced with Brooker's signature commentary on society's hierarchy, pointing inward towards the greed and self-indulgence of television fame and recognition, but it was also a genuinely brilliant slice of horror TV. Dead Set was everything The Walking Dead wished it was, and is certainly more polished than any zombie series that has come after it. This was something that would make a Big Brother and horror fans dreams at night a little wetter, and was the perfect combination of horror and social satire. The thought of a zombie apocalypse existing through the perspective of Big Brother contestants really is the recipe of my dreams, and to see the iconic Big Brother host Davina terrorise the studio's staff as an undead flesh eater was as perfect as one could imagine.
When news broke that a Brazilian remake was in the works with Netflix, a gasp of apprehension was present to say the least. This could have easily swayed both ways, allowing the creative team behind the remake to take Brooker's ingenious premise and moulding their own apt version suited for their own current climate, or we could have received the Cabin Fever & Psycho treatment which pulls every piece of dialogue and action from the original script and literally just gives it a visual revamp. Unluckily for us we were presented in a world where both of these concepts exist, blending both the remake formula and a sequel plot into one massive hodgepodge of an ignorantly inept reboot which existence is just as pointless as one feared it would have been. 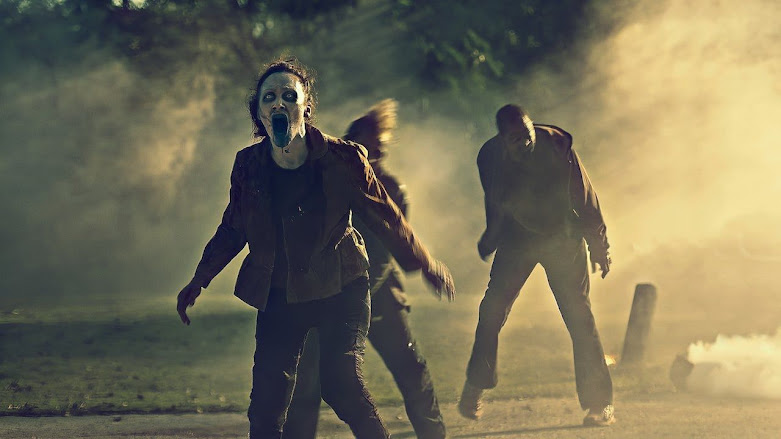 Our Big Brother house has been transported from the UK to Rio, but instead of the Big Brother house as we know it, it is altered into Olympus, a brand new game show that follows the same format only this time with a glossy greek lens. This in itself sums up Reality Z with accuracy; Whilst Dead Set was gritty, fast-paced and proved to be a hellish world to exist in, Reality Z is a more cleaner, broader-scaled remake that aside from each episode being sprinkled with some seriously stunning shots of a chaotic Rio, is a literal word-for-word scene-for-scene reenactment of Brooker's original 5 episodes, only this time it's in Portuguese.
To make matters worse, Reality Z is complete void of any of Dead Set's humorous charm or grim horror, and is instead fluffed with too many slow motion shots (which only slow the action down and cancels out any tension previously built) and replicated characters without the OG's charm. Characters as unique as Grayson have now been turned into a forgettable female character named Madonna who is as cliched as her name suggest. Everyone else is a carbon-copy of their 2008 British counterparts, characters like Nina who aside from a name change has the identical image of Jaime Winstone's Kelly. This level of unoriginality is insulting to any fan of Brooker's original, and quite frankly insults the intelligence of anyone enduring this in the hope's of a new spin on such a beloved mini-series.
That being said, unlike Dead Set which was only a mere 5 episodes, Reality Z doubles this to a total of 10 episodes, ditching its terrible remake format during the mid-way point in favour of obscurity. Whilst points are awarded for taking the narrative to a place in which it feels more authentically Reality Z, the result is still underwhelming, pumping out a revolving door of unlikable characters one after the other, each as distinctively hollow as the one before. Due to the nature of the narrative and how this remake choses to make it unfold, seeing so many new faces is expected, but to expect us to connect to them as we did the original cast is a questionable choice, one that does more damage than good.
Aside from establishing some "new rules" of how to survive, learning from the mistakes of the original cast. Moments like this are fun and refreshing as they jab at the terrible decisions the characters made all the way back in 2008, but if Reality Z was able to keep that self-referential tone throughout then the end result would have been a much more satisfying one. From the coked-up copper to the entitled congressman who decides to play God, the characters on the latter half of Reality Z lean more towards the satirical side, and whilst the back half of this show is arguably the strongest part in comparison to the first five episodes, it is still a lacklustre snooze-fest that's only concern is bumping up a higher bodycount. 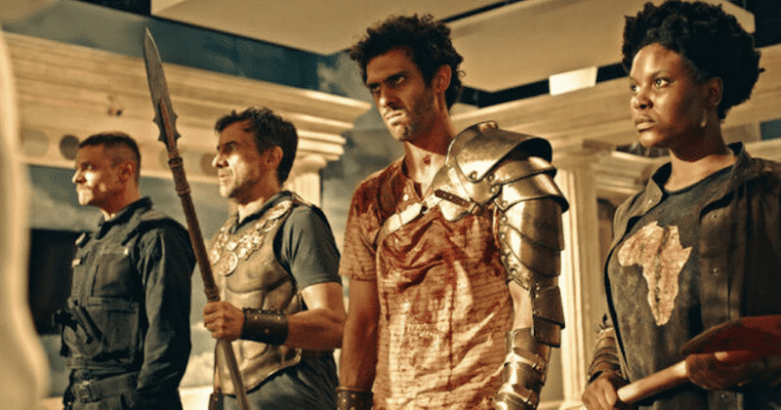 There is a reason Brooker ended Dead Set when he did, on a bleak but satisfyingly memorable ending that was a fitting end to such a gritty series. In classic Brooker fashion it broke genre and audience expectations, dragging us through the ringer as we watched each fleshed-out character torn to waste one-by-one. It may have been an ending to divide viewers but regardless of anything it was certainly fitting and was very much on brand. Reality Z ignores this and carries on with a brand new cast and a brand new format that feels too clunky to feel like a continuous narrative. Whilst there is something very satisfying about seeing our original cast as zombies, it simply was not enough of a pay-off to excuse this turbulent extended plot-line. There really isn't anything that Reality Z does better than Dead Set, and perhaps its only saving grace will be a potential Season 2 that would allow us into the beautifully disastrous wastelands of Rio which the opening of each episode teases so wonderfully. It's a shame that a show with so much potential's saving grace is opening shots of Rio in flames; and that in itself is hardly the sign of a zombie tv series worth watching.
Haven't seen Dead Set? Give Reality Z a whirl, especially for fans of the zombie sub-genre. But, before you force yourself to endure 6 hours you will never get back, take the time to go and watch Dead Set instead and feast your eyes on something on something original, not a cheap Brazilian rip-off.