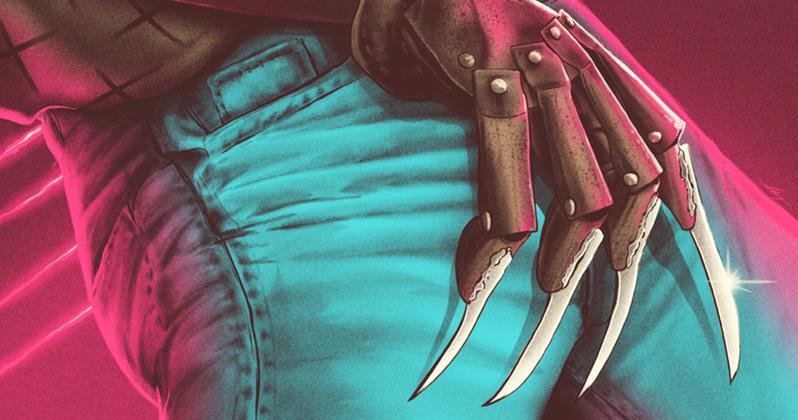 VERDICT
A vital vessel in the representation of queer horror in modern cinema; this insight into the Mark Patton's complexed Hollywood journey is compelling, a nasty look into the closeted 80's with riveting yet discerning results.

Examines the infamous homoerotic subtext and the special place the film holds in the Nightmare franchise as well as the gay film canon. Partly in thanks to evolving social mores, Nightmare on Elm Street 2 - which was considered controversial at the time of its release - is now being looked back upon with a new appreciation and fondness by horror addicts and fans of the series.
It's Pride month, and what a way to kick it off with the newly released Shudder documentary that explores the rise and fall of Mark Patton's career, baring witness to quick decline of his final boy career following the released of cult sequel Freddy's Revenge. Queer representation in horror has been something of a rarity, and aside from some vampirism iconography there isn't much for LGBTQ+ people to cling onto. This documentary is more than insight into the Nightmare on Elm Street sequel, it's a tale on the tragedy of homosexuality within Hollywood, a tale on the agony and suffering in silence behind a HIV positive man and within the gay community, and above all it's a wonderful slice within the ironic details of what now is the gayest slasher film of all time, Freddy's Revenge.
Scream, Queen! My Nightmare on Elm Street made its splash a few years ago when buddying filmmakers Roman Chimienti and Tyler Jensen took it upon themselves to make a documentary based around the infamously disliked sequel, all whilst told through the lens of Mark Patton, sequel no.2's leading final boy who's involvement in cinema was entirely no existent following the slasher's release. This job clearly proved difficult, as we are forced to endure through Patton's perspective the torment and turmoil Hollywood and their homophobic and repressed mid-set forced upon his film career. If there is one thing this documentary does right, it's portraying gay angst and fear through the times of Freddy's Revenge's release, one that will linger with you long after it's ran its duration.
Mark Patton is the driving force here, exposing the very human side behind the new-found fame and what it means to finally receive the icon status of his role. We get to see everything through his lens, something that he holds no bars on presenting with upright honestly and tragedy, allowing us to walk with him as he paints a picture of the horror's of Hollywood with devastating results. Scream, Queen! breaks down everything from Patton's early years, through his Hollywood success, the aggressive decline in his career due to evident homoerotic overtones, right up to his life threatening battle with HIV. It's a harrowing experience that hits close to home as a member of the LGBTQ+ community, and this will go down in her story as a slice of queer documentary / cinema that should well deservedly be held on the highest of pedestals.
The beauty and attraction of Scream, Queen! lies in its exposure on each slice of homoerotica Freddy's Revenge is unsubtly lathered in. The gay iconography is endless, and the winks nods and hints to Jessy and Freddy's extremely homosexual torment is endlessly entertaining and wonderfully eye-opening, one that did not go a miss for any gay eagle-eyed viewer. If there is one thing it does best is how it makes you want to watching A Nightmare on Elm Street 2 all over again, and maybe you'll be like me, maybe you'll discover a new-found love for it with the ability to admire it for what it has become and not with the intentions it was made.