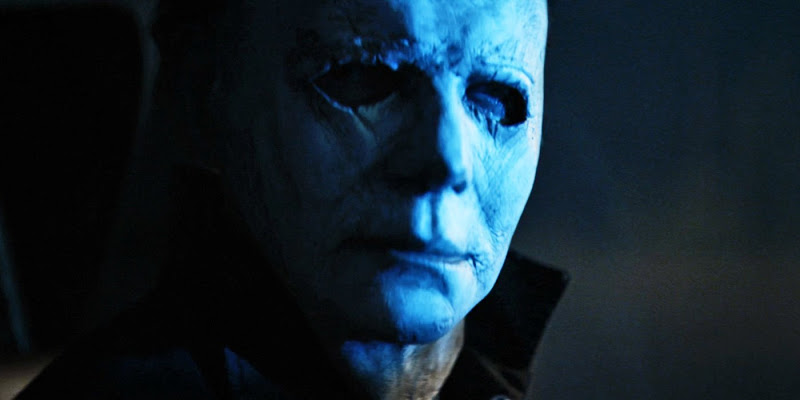 We are creeping closer and closer towards Halloween Kills' release date, and with a trailer still looming on the horizon with people expecting it to be released soon, it's safe to say that a few cats have already been let out of the bag in regard to the final product. Whether this through on-set leaks or spoilers from the test screening in February, one thing is for certain, and it's that with all the information that has already been spilled, it's safe to say that Halloween Kills is going to be a wild ride.

BE WARNED !! SPOILERS AHEAD !! Don't say that you haven't been warned and do not come crying wolf if you see something you might not have wanted to know (Particularly no.1). Happy Halloweeeeen! 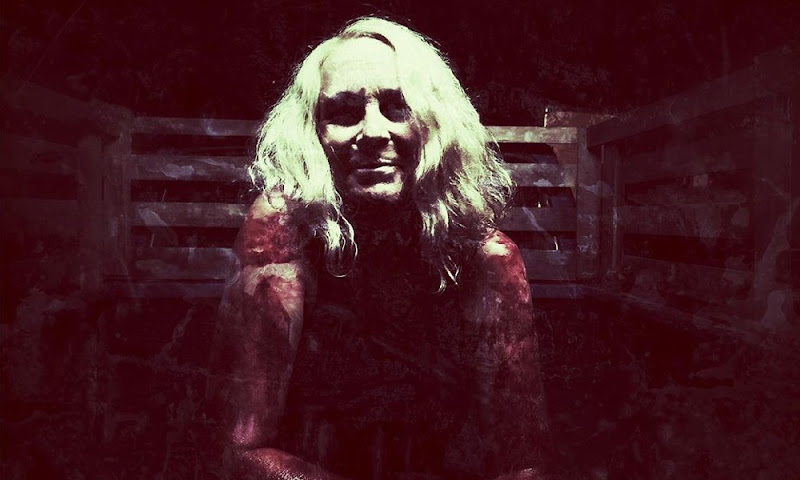 5. Laurie spends most of the film in the Haddonfield Memorial Hospital
Early location leaks told us right back from pre-production that the infamous Haddonfield Memorial Hospital from Halloween II was making its return, and judging by Laurie's fatal wound at the end of Halloween (2018) it was clear this is where she was going to spend most of her time in Kills. Jamie Lee Curtis' shooting schedule was rumoured to only be a short two weeks, and with this knowledge and a quick glimpse of her in a hospital bed in Kills teaser trailer is enough proof that Laurie will be down and out for the majority of this 2020 follow-up.

This isn't necessarily a bad thing, as paired with some information I will spill further down this page allows Laurie to build enough momentum and power to come back from the ashes with Halloween Ends. I do believe that Laurie will still have a part to play in Kills, but with an already large and eclectic cast making their return or redemption, its safe to say that David Gordon Greene is putting Laurie on the back-burner until it's safe to resurrect her to take down Myers once and for all. 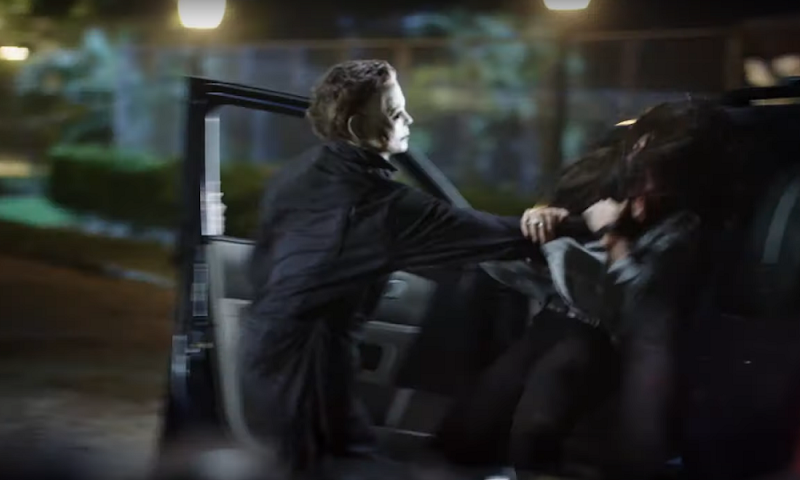 4. Lindsey gets physical
Kyle Richards making her return to reprise her role of Lindsey after 40 years is truly something special and makes my mouth water at the thought of her character returning in full swing. Over the past few days it was revealed that Richards had actually broken her nose during filming, and withheld this information from the cast and crew to avoid being replaced in her scene by a stunt-double. Even until now, Richards has went on to mention that her nose has been permanently damaged due to that night of filming Halloween Kills, and if there is one thing that this tale tells us, it's that ms. Lindsey is guaranteed to get herself into a hustle with the big bad Myers. Hell, if you watch the teaser trailer carefully you have see a very short clip of Myers pinning Richards to a car by the throat. Will she die however? Well we will have to wait and see. 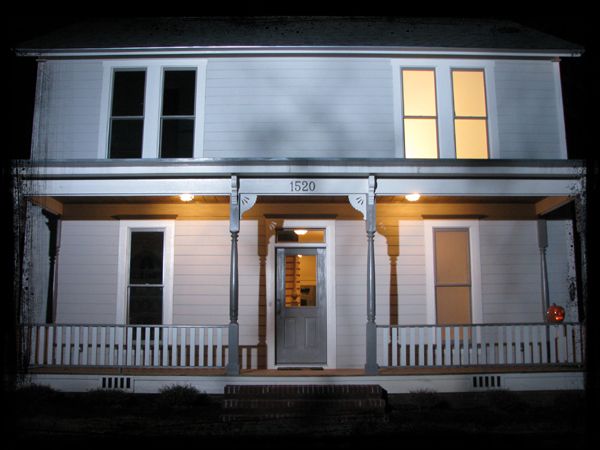 3. The Myers house is making its return...
That's right, your eyes do not deceive you; the OG Myers residence will be making its return to form, which hasn't been seen since 2001's Resurrection (well, technically until the 2007 remake but let's just rule that emo interpretation out shall we). It will be interesting to see if the house will exist in this 2018 timeline, or if we will only get a glimpse of it from back in its dilapidated  from the 1978 original. One thing is for certain and that will be that character Lonnie and this Myers house will have some sort of connection through flashbacks, perhaps treated with that lovely blue tone of the original classic. 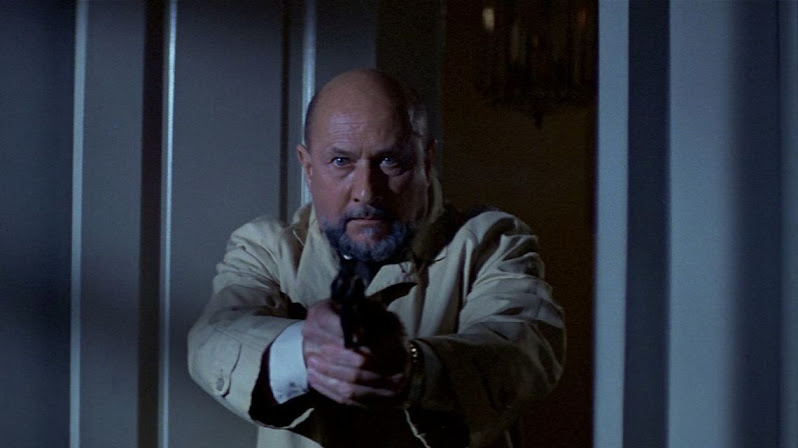 2. And so is Dr. Loomis!
Halloween Kills is set to honour the return of a handful of character spawning from the 1978 original; Curtis' Laure, Richard's Lyndsey, Nancy Stephens as Marion and of course Charles Cyphers as Sheriff Brackett. Whilst there was plenty of speculation from as early as 2018's Halloween, it wasn't until it was spilled that flashback sequences to the original 1978 Halloween night was going to take place, leading loads of people to believe that Dr. Samuel Loomis was sure to make his return.

Prayers have been answered and just a couple of days ago it was (basically) confirmed that Dr. Loomis was making his return in Halloween Kills. How they plan on doing this is a different story, but with the return of the Myers house we can see there will be an obvious correlation between the two. Dark Universe reported that from their source who attended the Kills screening back in February that he will be making this return via flashbacks to 1978. How they chose to perceive this iconic character is yet unknown, but knowing this cameo is even coming is enough the get our tastebuds tingling. 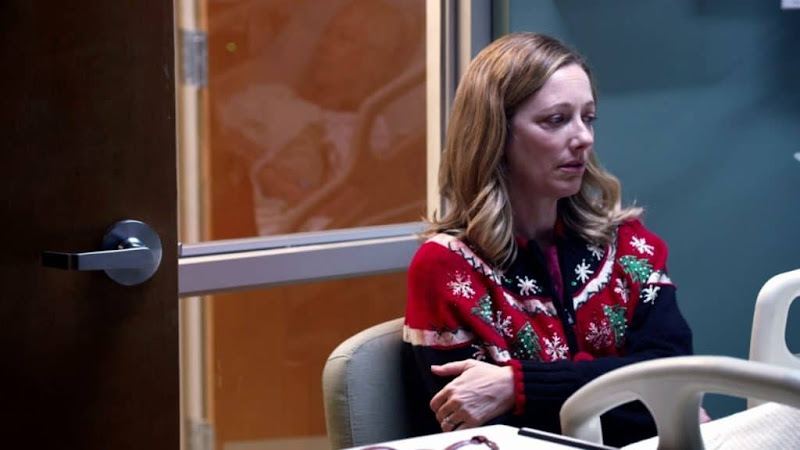 1. Karen Dies
Don't say I didn't warn you! Speculation began to kick in shortly after Kills was announced, and having our three main heroines and then some surviving the night seems almost too good to be true, a sure-fire way of knocking one of them off the Myers hit list when he's next due to wreck havoc. Given that we still have Halloween Ends in 2021, it's a safe bet to count on most of our cast to survive that unfaithful night of carnage, but in classic slasher fashion we know that to make a chapter two of a trilogy stand-out, the body count needs to be bigger and the shock value multiplied.

It's always safe to assume Laurie will make it to Ends (considering this is her saga after all), and killing off the new Laurie aka Allyson is most definitely not going to happen. That leaves room for one person Karen, who looks most likely to meet her demise at the hands of Myers. Everything I've been saying so far is assumption and I would hate to make an ass out of U and me, but this theory has got evidence, one that was spilled directly from a source of Halloween Kills' test screening a few months back. Sources revealed that the film will conclude with Laurie listening on as Myers kills Karen from the other end of the phone. Whilst it's frustrating for this brilliant ending to be leaked, it's also something to look forward to, paying homage in the most sinister of manners to Linda in the 1978 original. If pulled off right, this could be one harrowing way to enter Halloween Ends.