You Should Have Left Review 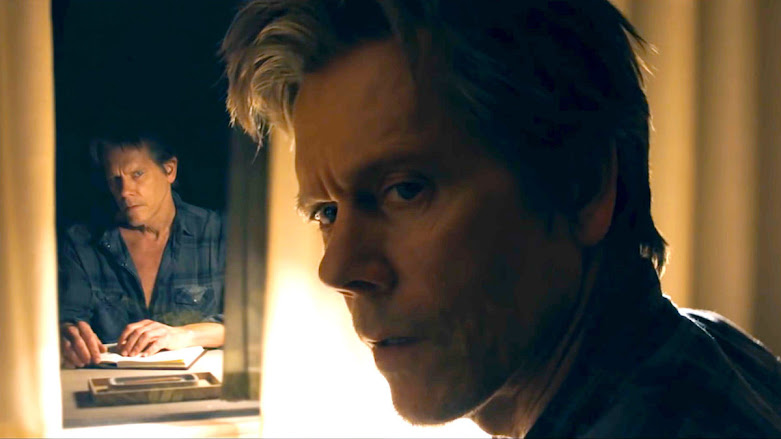 VERDICT
You Should Have Left this film alone, maybe gone for a gentle stroll through a meadow or rewatched one of your favourite Kevin Bacon movies, you decide. There's one thing for certain; this will not be one of them.

Theo Conroy (Kevin Bacon) is a successful middle-aged man whose marriage to his much younger actress wife, Susanna (Amanda Seyfried) is shredding at the seams, frayed by her secretiveness, his jealousy, and the shadow of his past. In an effort to repair their relationship, Theo and Susanna book a vacation at a stunning, remote modern home in the Welsh countryside for themselves and their six-year-old daughter, Ella (Avery Essex). What at first seems like a perfect retreat distorts into a perfect nightmare when Theo's grasp on reality begins to unravel and he suspects that a sinister force within the house knows more than he or Susanna have revealed, even to each other.
David Koepp is a man behind many successful movie experiences, the writing talent behind some of Hollywood's biggest successes, penning the likes of Jurassic Park, Sam Raimi's Spider-Man and even Mission: Impossible. Whilst he is evidently a powerhouse when it comes to crafting cinematic screenplays successful enough to warrant both critic and audience praises, his directorial stamp is significantly less successful, and has never been more evident than with this new Blumhouse fumble. You Should Have Left is a strange beast of a movie, one that projects more flavourless confusion than anything of real rhyme or reason - or even purpose really.
Debuting on VOD on June 19th,  Koepp's second stab as psychological home-based terror much like Secret Window (his first attempt) is a huge mishap, utilising its isolated premise with hugely inept results more likely to have you picking at your nails with boredom as opposed to nibbling on them with tension. This is a real bummer, as burrowed beneath its lifeless projection is a glimmer of something greater, which a healthy chunk of potential there. Whilst You Should Have Left isn't a complete disaster, it is a feature length film that feels more like a short story elongated to unnecessary lengths. Once Koepp establishes the strange interior of the house, the movie stalls and struggles to make anything other its thin premise aside from a blatantly obvious twist which is easy to spot from the first 15 minutes. 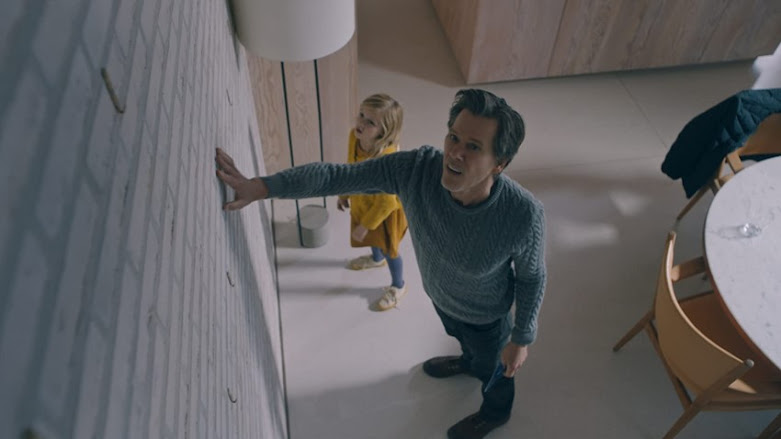 Not all is poor here, as Koepp's largest success is allowing us to conjure up our own suspicions based on our central characters, and whilst the pay-off is the furthest thing from, there are some nice moments of tension dotted throughout, but they come to and after between, with plenty of flavourless mystery spreader between. Luckily, Bacon and Seyfried deliver stellar performances, steering away from one-dimension characters allowing us to admire some of the richer character moments Koepp's drips feeds us.
You Should Have Left plays more like a Luke-warm chiller than any sort of nightmarish supernatural horror it so desperately wants to be. There is merit to how it takes a well worn haunted house image and revamp it from a new(ish) perspective that may not have even executed to maximum effect. A sense of ominous ambiguity is present, and very much takes the reins throughout the first act and then some, before it eventually simmers down to bland and overworked narrative that seems way more interesting on paper than it does on screen. Some effective moments are there (like a creepy scene that involves Bacon and his daughter stuck out in the chilly outdoors) but is doesn't stop Koepp from squandering its only potential on a poorly constructed sense of dread and a face-slappingly obvious final act that will have you rolling your eyes in apparency.