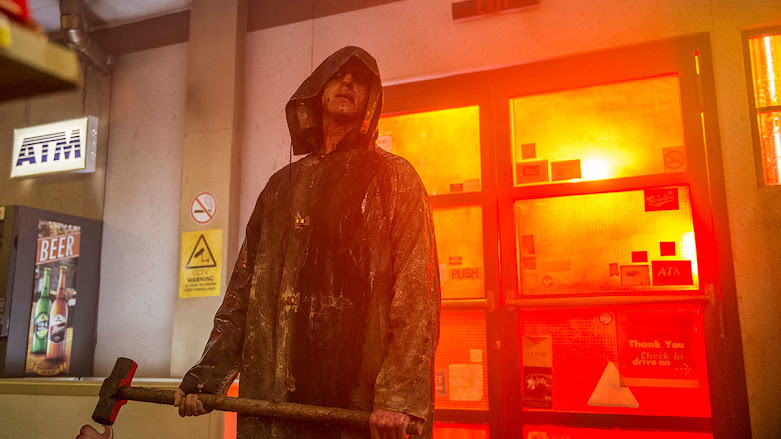 VERDICT
An over-long and bloated slasher that fails to captivate on its intriguing perspective; Open 24 Hours packs a hefty punch with effective gore and some neat suspense, but at a stuffed 110 minutes it overstay's its welcome.

A young girl traumatised by her dark past gets a graveyard shift at a gas station in the middle of nowhere. After recently being released from prison after burning her boyfriend who she discovered was a serial killer, she begins to see visions and becomes delusional, unable to differentiate between what is real. Soon her boyfriend finds her and begins to stalk her, blurring the lines between illusion and reality.
Following a lengthy delay of two years finally getting its release date, Padraig Reynolds' Open 24 Hours has finally reached our silver screens and has entered 2020 on more of a whimper than a thump. Borrowing from many of the sub-genre greats, Open 24 Hours is a certified amalgamation of the progression of the slasher genre within itself, acting as a reflective body of the tropes the sub-genre has modernised, which works to and against its own effect. Familiar? Absolutely; expect similarities to such ilk as The Strangers, with a hint of A Nightmare on Elm Street, a splash of Splinter with a scoash of Haute Tension amongst others. Working less as a love letter and more like a high-school rendition of a beloved classic musical. It's decent, but it ain't the full shebang. 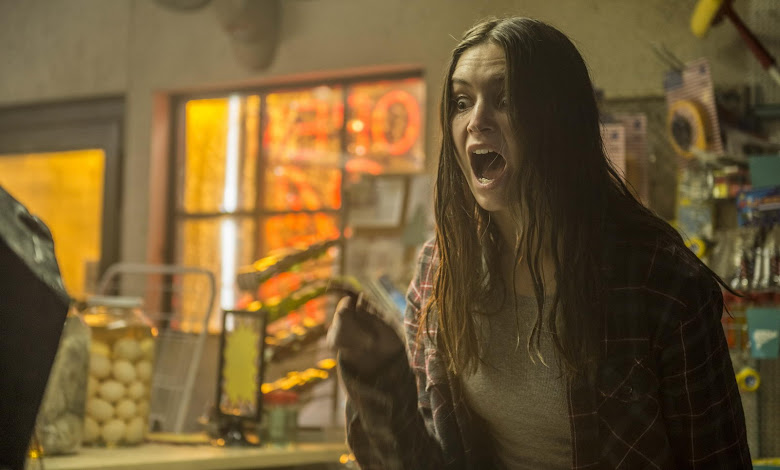 Let's dig in to the meat of it though shall we? Padraig Reynolds' attempt at establishing himself as a future genre name is reinforced here with Open 24 Hours narrative alone. Walking into this and expecting your standard by-the-number slasher will have you surprised by its layered approach Reynolds has taken when tackling development behind his final girl and the trauma she has endured. This is perhaps Open 24 Hours strongest asset, its ability to identify itself as something fresh enough to warrant enough interest to invest nearly 2 hours of your time. The end product may prove less than desirable, with clear evidence that Reynolds potentially bit off more than he can chew, but his ability to conjure up a fresh perspective on the post-trauma of the final girl trope is admirable albeit a little too ambitious.
Open 24 Hours biggest problem lies in itself - many intriguing concepts being presented at the table yet a short few ever being fully realised. The notion that our heroine Mary endured the mental torture of watching her boyfriend murder girls, setting him aflame and being shunned out from the community are all interesting plot points that never seem to play out to its full potential, no matter how many hallucinogenic scenes are thrown at us. It has its moments, and whilst Reynold's slasher works most effectively when toying with our own grasp of reality, these misdirections soon become more of a distraction and eventually dampens its own suspense and tension. 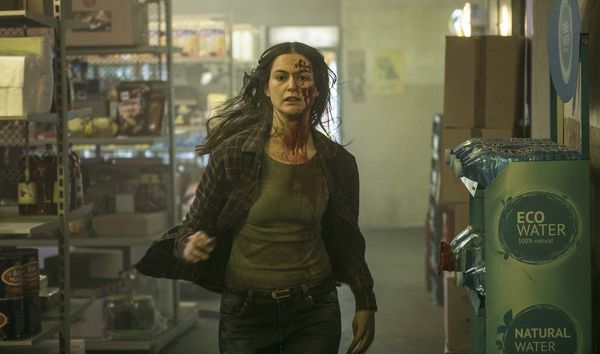 Mary is an efficient and sorrowful character, one who's portrayal is strong yet ultimately damaged. Her inner battle with her past trauma is perceived effectively, and her character ark progression is one that is admirable. In saying this, Reynolds fails to delve deeper into the effects of her past, scratching the surface of a much more haunting experience that in itself could have made for its own horror movie. She certainly her her moments, and Vanessa Grasse's performance is stellar as a broken girl determined to find some normality in her life. Whilst her relationship with James The Rain Ripper doesn't hit home as hard as it should, it's still nonetheless an unsettling dynamic that ultimately leads to a few toe-curlingly gory moments as he swings various types of hammers against skulls for his own redemption.
I found myself wanting to like Open 24 Hours so much, and loved the idea of it way more than the final experience. The characters are likeable, the suspense (when the ball gets rolling) is effective and the gore towards the latter half is deliciously nasty; even if we have to wait over an hour to finally get some of the good red stuff. It's here where this slasher's problems lie, that by the time we are treated to some suspenseful gory action we may mentally have already clocked out. Open 24 Hours is a somewhat fulfilling experience if you're looking for a quick getaway, but with a long-runtime and a slightly underwhelming execution you can't help but find yourself wishing this dish was that bit more fulfilling.