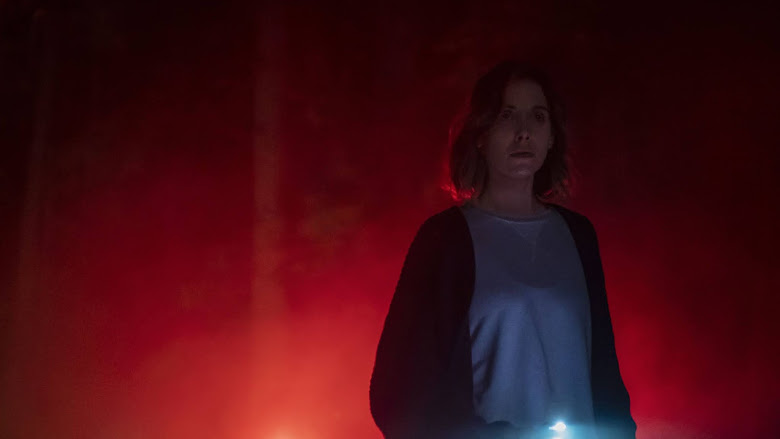 VERDICT
Dave Franco's directorial debut is a solid effort in tension and mystery, with a strong cast and enough visual flare to make up for its wobbling attempt at juggling various genre themes.

Two couples on an oceanside getaway grow suspicious that the host of their seemingly perfect rental house may be spying n them. Before long, what should have been a celebratory weekend trip turns into something far more sinister, as well-kept secrets are exposed and the four friends come to see each other in a whole new light.
When thinking of Dave Franco not many would conjure up a future in which he would direct mature thrillers, perhaps a career in directing comedy's that involve the entirety of its cast cracking crass-humoured jokes with a each character having a desire to constantly smoke and talk about weed. Whilst this is a stereotype mustered from the very films he (and his brother James) are best known for; Bad Neighbours, This Is The End, 21 Jump Street need I go on? To much surprise, who could have predicted that when you take Dave Franco, a powerhouse ensemble of charismatic actors, a single setting and mysterious chills to boot would ensure a well-constructed thriller more up its sleeve than you'd expect.
The Rental is low-key terror in its truest form, albeit at a fault. There is a level of maturity that comes hand-in-hand with this little slice of seaside suspense, one that evidentially struggles to balance its own thought-provoking intentions. The Rental is a wise and well-developed feature debut from Franco himself, who when paired with Joe Swanberg (Drake in You're Next, V/H/S) is able to deliver a character-driven, dialogue-heavy mystery drama with a dark and unravelling final act. To its detriment the character heavy first half can sometimes become a little sluggish, adding little flavour to a surprisingly stern tone given the creative team behind it.
This level of mature filmmaking is welcomed, but almost a complete abundance of any sense of humour only reflects poorly on the characters depth, highlighting Franco's desire to be taken seriously; perhaps a little too seriously. Whilst it can be argued that a tonal shift in humour could potentially been one ball to juggle too far, the downplayed dialogue is neither interesting nor engaging enough to keep us hooked right up until the mystery begins or at least until the plot points thicken.

Once the ball does get rolling, and our interesting foursome begin to get themselves tangled in their own mischievous intentions it is then when the narrative really begins to unravel, allowing the misdirection and deceit to unfold with dangerous consequences. It is here when The Rental lifts itself from a slog pace to a taut and infectiously lingering thriller that's begins to move with a brisk stride. It is here when the movie really comes into its own, using its small airB&B nightmare location to its full advantage as Franco drips each shot is foggy enigma and chills.
It is here once the murders begin to occur when Franco sends The Rental into home-invasion overdrive, leaning heavily into palpable suspense and intense invader encounters to get his thrills. This is when The Rental really comes into its own, allowing us to finally rejoice in the panic and nightmarish scenario this four-way get us entangled in. There is something disturbing about this silent simplicity of it all, and how Franco tends to borrow from the arthouse-esque horror elements that have dominated the genre for the past decade. It works well like this, and proves most rewarding when it pulls the very bleak rug from under your feet.
The Rental in its entirety is a movie that you should experience with as little to know as possible, which is exactly what I done. I was drawn in my the name slapped on as director and the brilliant cast, the sort of folk you might not expect to see in a horror movie (with the exception of Allison Brie in Scream 4 and Dan Stevens in The Guest). In fact, the cast was one of the attractions of The Rental, and the entire four presented themselves as nothing short of brilliant in their ability to juggle several genre beats, sometimes all at once (especially Sheila Vand as Mina, a head-strong woman standing up again the archetypal racist white male). Whilst Dave Franco's first directorial outing is far from a standout debut worthy of icon status, it is nonetheless a briskly paced, intense character-driven mystery that is sure to have you iffy about your next AirB&B rental.