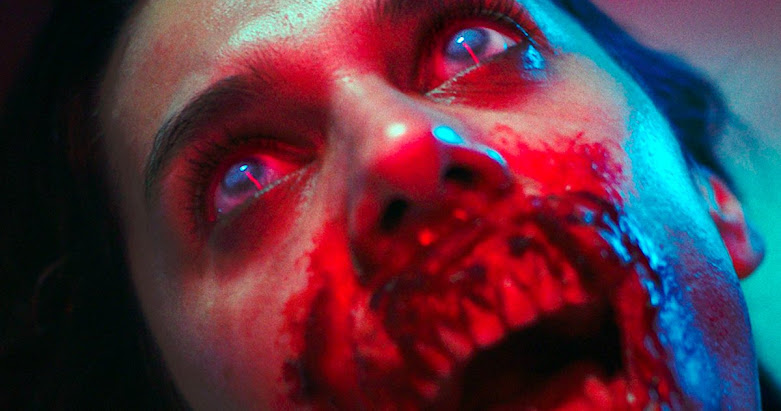 VERDICT
A gnarly exercise in black satire and toe-curling gore; Yummy is a neat zombie treat with plenty of flavour.

A young couple and one-half's mother travel to a surgeon deep within Eastern Europe in search for a well-deserved breast reduction. During their time there the Boyfriend stumbles along an abandoned section of the ward, hosting a restrained patient zero. Unaware of how dangerous she actually is, the clumsy boyfriend Michael accidentally sets her free, causing havoc as an undead outbreak swarms the Surgery.
Lars Damoiseaux's Yummy, not to be confused with Justin Bieber's not-so hit 2020 single is a bundle of joy for anyone who likes their movies very undead and with a serious case of the munchies. European horror has always been something of a godsend, offering some well-constructed carnage and savagery U.S horror could only dream of crafting. There is a certain level of ruthlessness involved with the likes of the new French extreme movement which saw the birth of such classics like Martyrs, High Tension, Inside and many more.
Horror movies are never for the faint hearted, and much of Europe has taken this level of chaos and created some genuinely brilliant slices of horror cinema for a global fanbase. The likes of Sweden's Let The Right One In and Russia's recent Why Don't You Just Die! are perfect examples of movies the U.S horror production company's should watch, learn and make note of. Whilst Yummy is nowhere near as off-beat and original as the those just mentioned, it's nonetheless a fresh and fun zombie ride that is well deserving of your devoted time and energy.
Post Walking Dead the zombie sub-genre as we know it has derailed, making it much harder for many to bottle up their own sense of originality in a sea of movies that feel very much a carbon copy of those that came before it. With exceptions such as Ravenous, Little Monsters and The Girl With All The Gifts, not many are able to establish their own brand of the undead, or at least know how to capitalise on its own identity. Yummy is by no means of the sub-genre defying category, and fails to inject anything particularly new or widely inventive, but it knows what it is and it does that well; pumping out gallons of sloppy gory entertainment all coated in a delicious layer of black comedy. 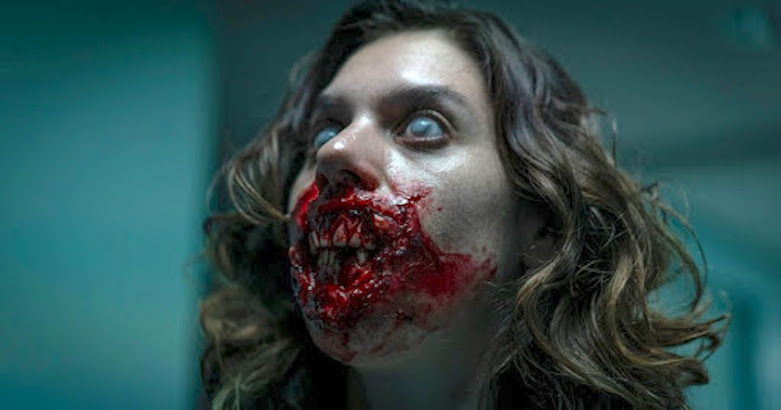 Damoiseaux isn't here to crack open a new can of originality at an attempt of conveying something that is narratively unique, but he does have a talent for taking the zombie genre as we know it, and injecting it with a exuberantly playful and colourful perspective that allows it be more enjoyable than it has any right to be. I mean a movie with a tagline "facelifts, boob jobs and Zombies" is sure to offer you a chaotically comedic and gory ride, and if there is one thing Yummy does well it's exactly that.
Not perfect, Yummy does hit a few familiar beats, often becoming a little one note in a movie that sometimes doesn't know when to let us take a breather. While this isn't necessarily a negative per se, it would subtract some some nifty tension during a movie that sometimes confuses itself for when the horror is supposed to work yet comedy is used instead. These slip ups are too and far between, and often we rejoice in a hybrid moment of horror and comedy that prevent Yummy from turning stale. Nice little inclusions of an infected creature are fun add-ons albeit pointless, but help add variety to a movie with very little.
The guts and gore is Yummy's biggest selling point, frantically pumping out colourful and slick violence that is as toe-curlingly gross as it is shamelessly amusing. Damoiseaux is certainly trying to test your gag reflexes here, putting our characters through it as body fat, innards, rid-cages, limbs you name it are all lunged at copious amounts. Yummy is certainly not for the squeamish, but zombie films rarely are and it's precisely that why this one works so well. It delivers its own brand of silly with intelligence, and its own sense of intelligence with craft, and its own sense of craft with bucket loads of gore that at times you often feel like you can smell.
Performances are great, the gore is effectively impressive, and the comedy works best when there is an ironically nasty sting at the end of it. As a surprise to many, Yummy has brains, and plenty of it; dishing out some genuinely brilliant subversive moments that go against expectation and reliance, with an ending so fantastically brutal that is will surely divide audiences. It's this sort of ruthless subversion that I expect from European horror, and whilst it's not a work of excellent and perfection, it is undoubtedly a hugely entertaining ride not for the faint hearted.